* Minister says policy will facilitate around 5m businesses in registration, streamlining of taxes, access to credit and provision of land 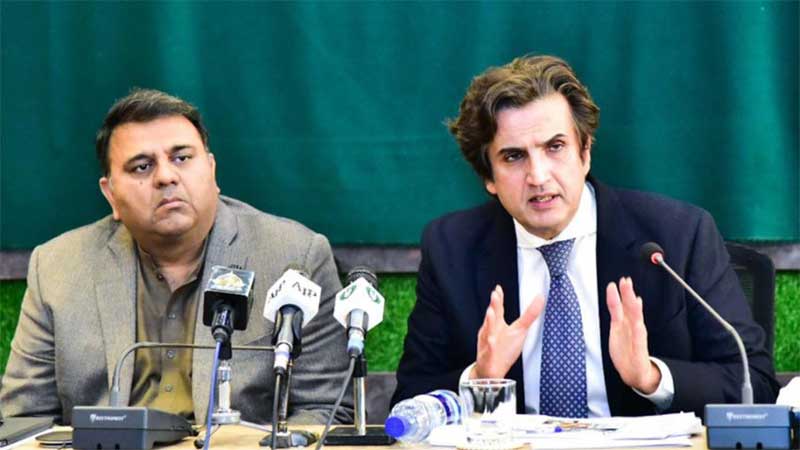 Federal Minister for Industries and Production Khusro Bakhtiar Wednesday unveiled the Small and Medium Enterprises (SME) Policy, with special focus on facilitating around 5 million businesses in registration, streamlining of taxes, access to credit and provision of land.

The minister announced the policy while addressing a press conference in Islamabad.

He was flanked by Federal Minister for Information and Broadcasting Fawad Chaudhry.

Bakhtiar said this was for the first time that the policy came with a proper implementation mechanism.

He said the policy was made in 2007 but only on papers and asserted that this time it was being introduced with the implementation mechanism under the supervision of National Coordination Committee with proper deadlines of tasks.

The minister said there were around five million SME businesses in the country including one million in manufacturing sector in shape of different enterprises.

The minister said SME sector was playing a crucial role in promoting inclusive economic growth in addition to providing 78 percent of employment (if agriculture is excluded) and promoting exports.

Elaborating various initiatives of the policy, the minister said the policy was not only directional, but also many of its initiatives had already been implemented.

He said the policy had relieved the businessmen of regulatory burden by either excluding the condition of obtaining No Objection Certificate (NOC) or had minimized its requirements.

He said anyone interested in starting new business will not have to go from pillar to post for obtaining the NOC or involving any inspector.

He said ‘zero time to start up’ initiative has been introduced under which the sector has been divided in three categories including low, medium and high risk SMEs.

The minister said the NOC condition for the low-risk businesses, including services sector and wholesale transport, had been abolished whereas the medium risk businesses such as light engineering, leather, auto-parts, sports goods and cutlery could get their approval within 30 days after applying for the same.

However, he added, SMEs working in explosive, fire, boiler and chemicals had been put in the high-risk category.

He said the policy also introduced self-declaration scheme under which businesspeople would follow the relevant laws voluntarily.

He added that only 2 percent of self-declaration would be inspected physically adding that the government had developed a web portal, through which the businesses that were going to be inspected would be given date of inspection.

This would reduce human intervention and promote transparency and check corruption.

However, if anyone was not interested in turnover tax and wanted to claim withholding tax, then he/she would have to opt for income tax mode, which would be 7.5 percent for business with turnover of less than Rs1 million and 15 percent for those having turnover from over Rs100 million to Rs250 million.

The minister said women enterprises had been given 25 percent rebate in tax. He said these initiatives had already been taken by the government.

In addition to giving people access to finances, the minister said the government had launched SME Asaan Scheme under which the federal government and commercial banks would give guarantee-free loans up to Rs10 million to 30,000 new businesses.

He said, in case the businesses fail, 40 to 60 percent loss would be borne by the government and commercial banks. He said the government had already earmarked Rs23.5 billion for the purpose.

He said there were several other schemes the government would introduce to promote the SME sector.

On provision of land, he said the federal government in collaboration with Punjab and Baluchistan and Khyber Pakhtunkhwa governments had earmarked 4,200 acres of land, which would be transformed into 19,500 plots to provide the businessmen with easy loans. He requested the Sindh government to do the same adding that the federal government would provide such plots in Karachi from its industrial parks.

He said SMEs would also have share in public procurement, adding a plan was being prepared to fix quotas for SMEs.

He said government had also earmarked Rs30 billion for SMEDA fund that would be utilized for development of SME zones in Wazirabad, Gujranwala and Gujarat triangle. He said SMEDA was also being transformed into a private-sector driven body.

Fawad Chaudhry highlighted the importance of developing strong industrial foundation to promote growth and cater to the needs of 220 million population. He said unless the industrial sector of the country was promoted, it would be hard to come out of economic problems.