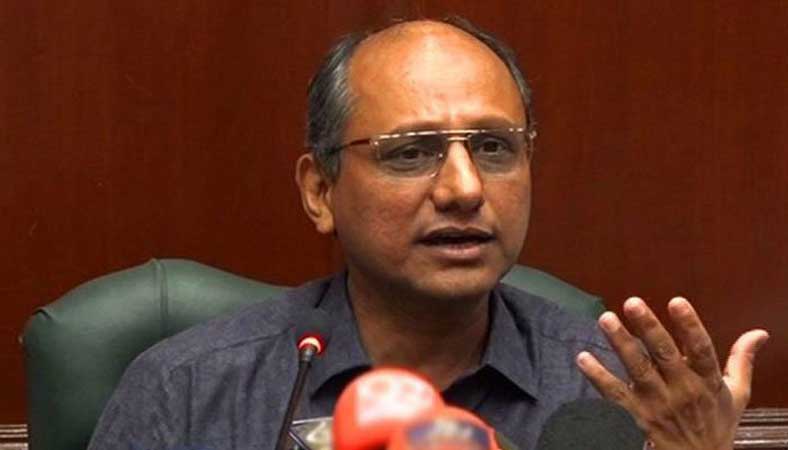 PPP leader and provincial minister Saeed Ghani on Wednesday lashed out at MQM-Pakistan, saying the MQM is trying to foment linguistic riots and is not a well-wisher of Karachi.

Addressing a press conference, the Sindh information minister said that everyone has the right to criticize the local government system but Karachi people are not getting gas and that too must be spoken of. “Gas is even not available in the hours promised by the federal government. The people are not getting gas and the MQM is not talking about the issues of Karachi.”

He said that the MQM wants to hijack Karachi again. “They used to shoot and put people in sacks but we did not get scared then and we will not be scared even now,” he said. “We will not tolerate terrorism in the city.”

About the Local Government (Amendment) Act, he said that it is not easy that every common person can understand it. “Unfortunately, on the basis of it, chaos is being spread. If Sindh government is increasing prices of sugar, flour and diesel, then it is responsible for inflation. However, if there is inflation in Sindh, it means the federal government is incompetent,” he maintained.

In reaction to the MQM-P’s press conference on the recently passed Sindh Local Bodies Act, provincial minister Syed Nasir Hussain Shah said on Wednesday that the MQM-P should be put on trial for war crimes over its violent acts in the past. He asked MQM leader Amir Khan to tell the people who drilled into the bodies of political opponents, prepared body bags and burned alive lawyers in the city courts, adding that with Karachi hospitals going under the Sindh government, the MQM-P is afraid that its ghost employees will be sacked.