The Army Public School (APS) attack was a great national tragedy, the losses of the parents and families of the shuhada were irreparable but the nation stood with the affected and Pakistan never lost sight of its national resolve to wipe out foreign sponsored terrorism to prevent and guard against such a heinous crime against its citizens.

The Army Public School massacre was carried out in a terrorist attack in which seven heavily armed TTP fighters assaulted an Army-run secondary school in Peshawar on December 16, 2014. During the attack 134 students between the ages of 12 and 18 years were brutally martyred. Amongst the martyred included few teachers and the principal of the school. It was a Tehreek-e-Taliban Pakistan (TTP) executed attack but planned and financed by Indian Intelligence Agency, RAW and Afghan Intelligence, NDS. The world was experiencing global spread of terrorism and Pakistan had been one of the worst affected countries. Major cities of Pakistan were affected due to terrorism but Peshawar, the capital city of Khyber Pakhtunkhwa and home to a huge majority of Afghan refugees witnessed some of the most brutal attacks. Pakistani citizens had faced huge losses in terms of lives and material loss due to foreign assisted/ funded terrorist’s activities executed through political, secessionist, sectarian, ethnic and religious fundamentalists sponsored by hostile states. Terrorist attacks staged in Pakistan had killed over 80,000 people and inflicted massive damage to the Pakistani economy totaling more than $67 billion. Pakistan issued a number of dossiers exposing Indian sponsored terrorism in Pakistan which included very specific information such as bank accounts and the Indian nationals involved. It also included information about places of training camps for the TTP, Baloch anarchist and others groups. It was also revealed that Indian intelligence (RAW) spent $1 million for the merger of the Tehreek-e-Taliban Pakistan (TTP) with four other militant groups for terrorism in Pakistan. India had also been funneling money to Baloch anarchists through think tanks in Afghanistan and other means. Indian RAW had also invested heavily to disrupt the progress of CPEC by attacking its projects through different groups. The mastermind of the APS attack was Mullah Fazal Ullah who has since been killed, other collaborators were Gul Zaman Orakzai, Omar Narai also since killed and Muhammad Khurassani who is in Afghan custody, were in touch with RAW and NDS handlers in Afghanistan. The attack was considered Pakistan’s 9/11. After this incident Pak Army decided to launch major operations against terrorists and eliminate them. The APS attack was one of the most brutal terrorist activity which targeted innocent children and teachers. The attack was aimed to damage Pakistan’s armed forces sacrifices and successes in war on terror operations. Further the attack was planned and executed by Indian RAW and Afghan NDS to break the Pakistani nation’s resolve against terrorism.

Contrary to this Pakistan Army and the nation emerged as even stronger and resilient in its commitment to eliminate the menace of terrorism from its soil. Pakistan Army and the government extended all possible assistance to the affected families to contribute in sharing their unbearable loss. Unfortunately, the great tragedy was being used by anti-Pakistan forces for self-serving purposes, negative propaganda targeting the armed forces and other institutions.

Pakistan Army and government had extended all possible assistance for the affected families and all major culprits part of the terrorist attack had already been brought to justice. 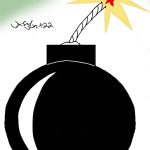