Sarwar for strict punishment over crimes against women and children 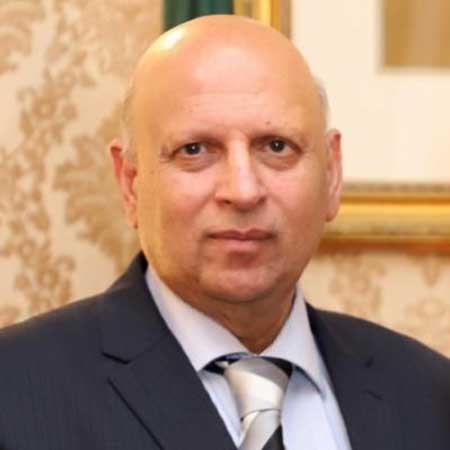 Governor Punjab Chaudhry Mohammad Sarwar said that in order to eradicate violence against women, child abuse and other crimes, at least 5 to 10 criminals should be punished every day by the court. The system of punishment and retribution must be ensured at every level in the country. In order to eradicate crime and provide justice to the people in police stations, along with the elimination of the police station culture, police reform has also become a need of the hour. The perpetrators of crimes against women and children are also terrorists. No concessions can be made to them, he maintained. He was addressing the 11th National Youth Peace Festival in Lahore on Wednesday and talking to the media. Provincial female ombudsman Nabila Hakim Alam Khan, Fatima Chadhar Chairperson of Women Protection Authority Punjab, Executive Director Chanan Development Association Muhammad Shehzad Khan and others were also present.

Punjab Governor Chaudhry Mohammad Sarwar while addressing the ceremony said that unfortunately violence and extremism is on the rise all over the world. Youth in Pakistan are working to bring peace and prevent violent extremism. Today we must go further than ever and work with young people at all levels to end violent extremism. Chaudhry Mohammad Sarwar said that in my view, the young generation is the catalyst for change and that is why I am excited to meet the young generation. These people are the future of our country. The present government has been working to provide them with higher education as well as employment. Prime Minister Imran Khan’s ‘Kamyab Jawan’, ‘Kamyab Jawan Sports’ and other programs are also aimed at empowering the youth in Pakistan and giving them opportunities to move forward. Prime Minister Imran Khan and his team are determined that if the youth of the country have self-confidence and have the skills of the modern age, then they will be able to play their role in this rapidly changing world.

Governor Punjab Chaudhry Mohammad Sarwar said that I am pleased that the Office of the Provincial Female Ombudsman is ensuring the provision of inheritance rights to women and diligently working towards eliminating crimes against women such as sexual harassment. They are also creating awareness among the youth through the participation of civil society. Women should receive their just share in inheritance as enshrined in Islamic principles. Why is it that the sister is the one to give up or deprive her right of inheritance? In such cases, the victim should contact the office of the female ombudsman in the area. InshaAllah justice will be ensured.

Governor Punjab Chaudhry Mohammad Sarwar while talking to the media said that the present government is working to ensure the rule of law and order in the country. Criminals who abuse women and children must be punished severely according to the constitution. If there are daily reports of child and female abuse in the country, then at least for 5 to 10 cases of every day there should be a court decision to punish the perpetrators who abuse and kill women and children.