4500 Afghan students to get scholarship for higher education: Shafqat

* Says Pakistan to support development of nursing sector in Afghanistan 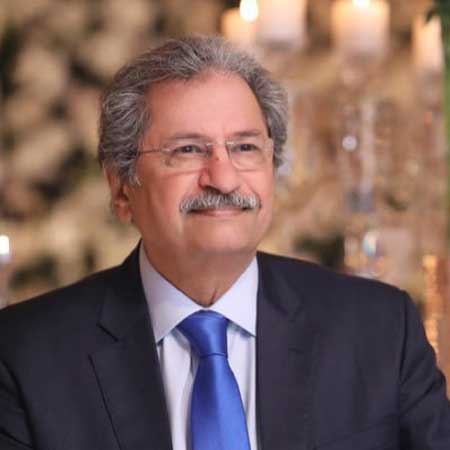 Federal Minister for Education and Professional Training Shafqat Mehmood on Wednesday said that Pakistan would continue it support to current Afghan government for development of the neighboring country Afghanistan.

Welcoming the delegation, Federal Minister Shafqat Mahmood said that the present Taliban government had close ties with us. Prime Minister Imran Khan had repeatedly emphasized that we would support the present Afghan government in the development of Afghanistan in every possible way, he said.

Shafqat Mahmood said that the number of higher education scholarships for Afghan students had been increased to 4500 which will be given in the next three years, starting from 100 scholarships for the construction and development of Afghan nursing sector. They will be significantly increased in the coming years.

He further said we would do our best to help Afghan students through vocational training. In addition, Pakistani institutions will provide full support to their brotherly country for faculty development and teacher training in Afghanistan.

Afghan Education Minister Abdul Baqi Haqqani thanked the Federal Minister for Education Shafqat Mehmood and said that Pakistan and Afghanistan were two parts of one body which could not be separated.

He said that they trusted Pakistan more than any other country. India had given 1000 scholarships to Afghanistan in the last few years, the main purpose of which was to promote anti-Pakistan sentiments in the new generation of Afghanistan. Pro-Pakistani sentiments should be promoted by educating our children more from Pakistan.

Abdul Baqi Haqqani said that they needed Pakistan’s support at every step in the reconstruction and development of Afghanistan, devastated by the long war.

The Afghan minister also handed over a document of his problems and demands regarding education to Federal Minister of Education Shafqat Mahmood on which the Federal Minister assured all possible cooperation. They reiterated their commitment to further strengthen the relationship and benefit from each other’s experiences, and a memorandum of understanding would be signed soon.