He ordered to arrest picket incharge Sub-Inspector Naveed Afzal and Head Constable Muhammad Tanveer at the earliest. The IGP directed the DPO Jhelum to visit the affected family and give them full assurance of justice. He directed that postmortem of the body be done with conducting investigation and those responsible be severely punished. The IGP said the Punjab Police were taking strict measures to eliminate such negative elements and they would not be allowed to remain a part of the department. He said that illegal detention or torture and killing under custody was not acceptable in any case and the officers and personnel involved in such incidents deserve severe departmental action and punishment.

Operations against anti-environmental activities intensified: Inspector General of Police Punjab Rao Sardar Ali Khan has said that Punjab Police is taking swift action against anti-environmental activities causing smog in all districts of the province and police teams alongwith district administration , environment and health departments are taking measures is this regard. IG Punjab directed that action be taken on priority basis against the owners of factories and kilns which cause excessive smoke, burning of stubble and air pollution of vehicles on roads.

In Bahawalpur region 7 cases have been registered and 1 person has been arrested while in Lahore 12 cases have been registered and 8 persons have been arrested for causing smog. Spokesperson Punjab Police has requested citizens to refrain from negative activities, adding that citizens should keep an eye on their surroundings and report 15 against persons causing smog and provide all possible assistance to government agencies in taking measures to reduce environmental pollution. 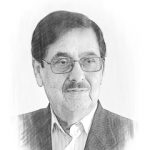