Peshawar Zalmi clear the air with Kamran Akmal, confirms he is ‘very much part of the side’ 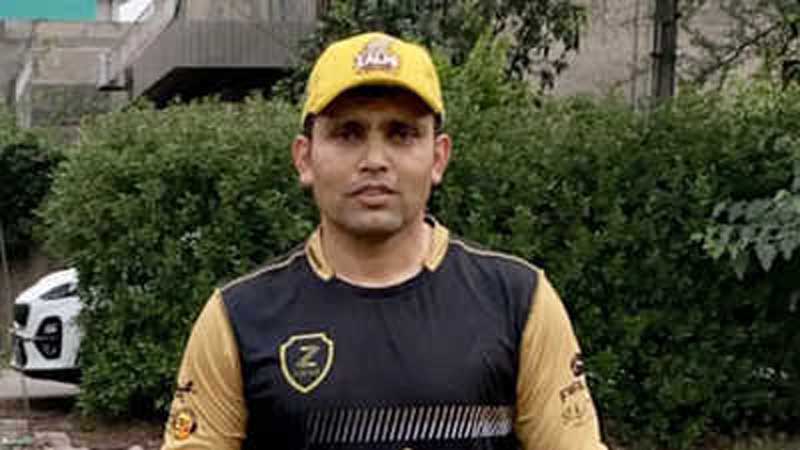 LAHORE: Peshawar Zalmi have confirmed that Kamran Akmal will “very much be a part” of the franchise, and that he will be playing for the team next season. Akmal also confirmed to ESPNcricinfo that he was on board with Zalmi and that the misunderstanding between the two parties had been cleared. On Sunday, Akmal said he felt “humiliated” after being picked up in the lowest category at the PSL draft, and refused to take part in the next edition of the PSL. Akmal had been relegated from the Diamond to the Gold category on draft day, and Zalmi made him their last pick, from the Silver category, against his wish. The back-to-back demotions didn’t go well with Akmal, who is the most-capped player in PSL history as well as the tournament’s second-highest run-scorer.

“For me self-respect is foremost and it’s not about money,” Akmal told this scribe. “Had it about the more money I could have left Zalmi long ago but they are like a family and I never imagined leaving them. It’s the process that basically was surprising and how the board disregards the senior cricketers. It’s hurtful as it’s a domestic tournament and I am not done yet. It’s the passion for the game that kept me going and the performance that matters. I am not looking at the international level as I know I don’t deserve it but at PSL I think I deserve a lot at this level. Zalmi is my pride and I will be playing for them.” According to PSL draft rules, if any player isn’t picked up in their nominated category, he has to give a consent to be picked up in the lower category, but players often set a limit for the demotion. In Akmal’s case, he reportedly never wanted to be picked in a category lower than Gold. However, Zalmi selected him anyway in the Silver category, though they elevated his monetary value by naming him a mentor.

“We have a great respect for Kamran,” Mohammad Akram, Zalmi’s head coach, said. “Picking him in the Silver category was a part of our strategy as draft dictates who you pick at what stage. We had the right-to-match card with us and we saved it for him in case any team could have tried to pick him. So when you have a tool to protect your player you make sure that he isn’t hurt money wise. We respect his feelings but once I explained to him, he understood. We lifted him in the silver category but at the same time we named him as mentor as well. He is a very senior cricketer and as a coach I get motivation from his passion and hunger and hard work that he still puts in like an Under-19 boy. So it’s all sorted and he is very much part of our side.”

Akmal’s PSL record carries significance as he has 1820 runs from 69 games, the run tally second only to Babar Azam’s 2070 from 58 games. Akmal has scored his runs at a strike rate of 136.84 and is the only one to have scored three hundreds; Sharjeel Khan has two. A Zalmi player from the start of the competition in 2016, Akmal is also the leading wicketkeeper in the PSL with 60 dismissals to his name. Before the draft, the PCB opened up a trade and retention window allowing each franchise to retain up to eight players, and Zalmi chose not to retain Akmal, the plan being to pick him from the draft instead. Wahab Riaz, the captain of the team, was retained, while Shoaib Malik was acquired from the Diamond category. The team has also brought in Mohammad Harris as an additional wicketkeeper.