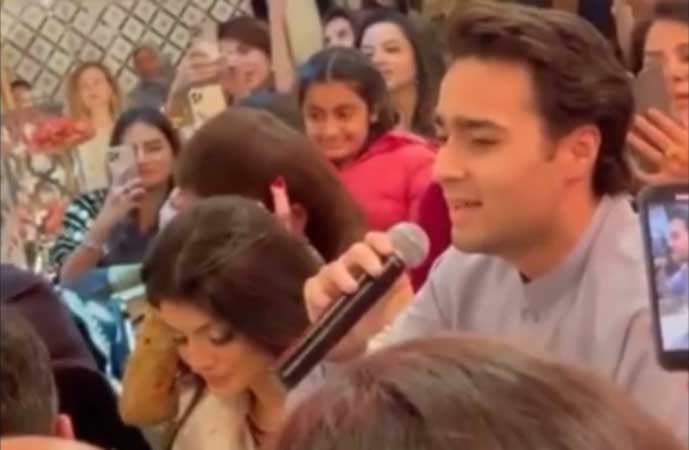 The Internet is awash with pictures and videos from the wedding festivities of PML-N Vice President Maryam Nawaz’s son Junaid Safdar. The latest video of Junaid Safdar singing Rahat Fateh Ali Khan’s “Tenu samjhawan ki” at a function has gone viral on social media, leaving fans amazed. Rahat Fateh Ali Khan also performed at the function, according to reports. Junaid Safdar tied the knot with Ayesha Saif Khan in Aug. His valima will take place on Friday. Several functions, including mayun and mehendi and musical events have been held since their arrival in Lahore. In August, a video of Junaid Safdar singing the classic tune Kya Hua Tera Wada at his nikah left netizens in awe of his melodic voice. He was seen crooning the classic R.D Burman and Muhammad Rafi song while sitting next to his wife who can be seen singing along with Safdar.