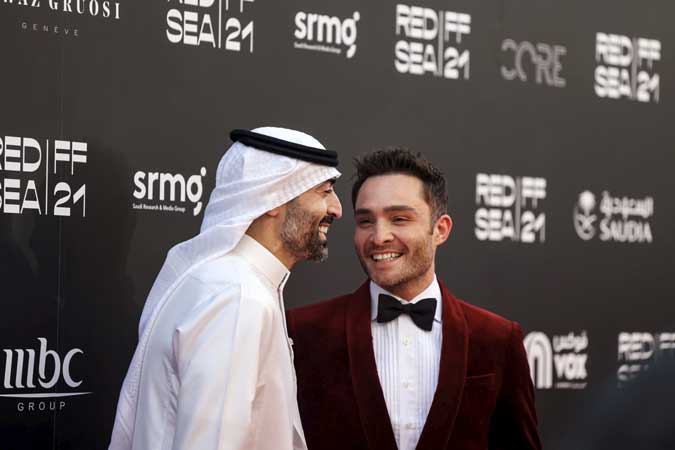 The curtain closed Monday on Saudi Arabia’s first major film festival, four years after the kingdom lifted a decades-old ban on cinemas as it seeks to soften its ultra-conservative image.

Arab and foreign celebrities descended on the week-long Red Sea International Film Festival in the western coastal city of Jeddah, where 138 films were screened from 67 countries in more than 30 languages.

On December 6, actors and actresses walked the red carpet in evening wear – a far cry from the traditional black abaya that until recently was the officially mandated dress code for women.

The festival opened a day after Jeddah hosted its first Formula One Grand Prix, also an attempt to portray Saudi Arabia in a different light.

But calls to boycott from critics and activists had threatened to overshadow both events.

Critics said the kingdom is using major sports and entertainment events to whitewash its poor human rights record – especially after the 2018 murder of Saudi journalist Jamal Khashoggi in the kingdom’s Istanbul consulate.

Sami Khan, a Canadian Oscar-nominated film director, was among those calling for a boycott of the festival from when it was first announced.

But others in the film industry steered clear of commenting directly on Saudi Arabia’s rights record.

“I mean, look, I’m just here to support my friend and be here as a member of the film industry and that’s it,” British actor Ed Westwick told AFP.

“I think the country is doing some great things, and this is one of them.”

Canadian musician and actor Rob Raco refused to comment on Riyadh’s right record, saying: “I think right now, they (Saudis) are in a place of creating a better tomorrow, so I can’t really comment on that, just saying that right now is an incredible time for this country.”

The rise of Saudi Arabia’s de facto ruler, Crown Prince Mohammed bin Salman, in 2017 has ushered in a number of reforms. A social shift in the conservative Gulf state has included the lifting of a ban on women driving and allowing mixed-gender concerts and other events, even as a strict crackdown on dissent remains in place.

Saudi Arabia has for decades had a strict interpretation of Islam and despite the modernisation drive, social restrictions remain in place.