New ‘West Side Story’ is top film in North America 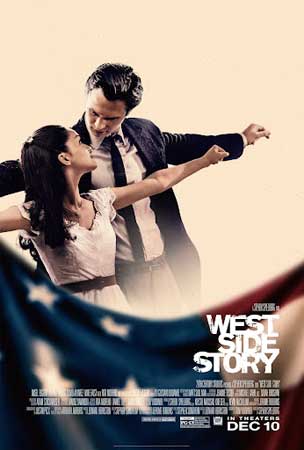 Spielberg’s updated take on the New York-set “Romeo and Juliet” story – complete with music, dance numbers and a storyline that first appeared on Broadway in 1957 in a legendary collaboration of composers Leonard Bernstein and Stephen Sondheim – took in an estimated $10.5 million for the Friday-to-Sunday period. The square-jawed Ansel Elgort – known for his roles in “The Fault in Our Stars” and the “Divergent” series – plays the handsome Tony, a former member of the Jets, a street gang drawn from recent European immigrants, while Rachel Zegler plays Maria, newly arrived from Puerto Rico and thus closer to rival gang the Sharks.

Critics say the movie has a chance to be the first remake since “The Departed” in 2006 to win an Oscar for best picture.

With music composed by Lin-Manuel Miranda, the film recounts the story of a family in rural Colombia endowed with special powers – except for daughter Mirabel, who ends up having to save the others.

In third place was Sony’s “Ghostbusters: Afterlife,” the latest chapter in that supernatural franchise, at $7.1 million.

Far back in fourth place was Ridley Scott’s new crime drama “House of Gucci,” at $4.1 million. The film stars Adam Driver and Lady Gaga in the story of how a Gucci fashion executive was murdered by a hitman hired by his vengeful ex-wife.