* According to ED, Chandrashekar was confronted with Jacqueline Fernandez on October 20 and the actress stated that the conman had arranged private jet trips and her hotel stay 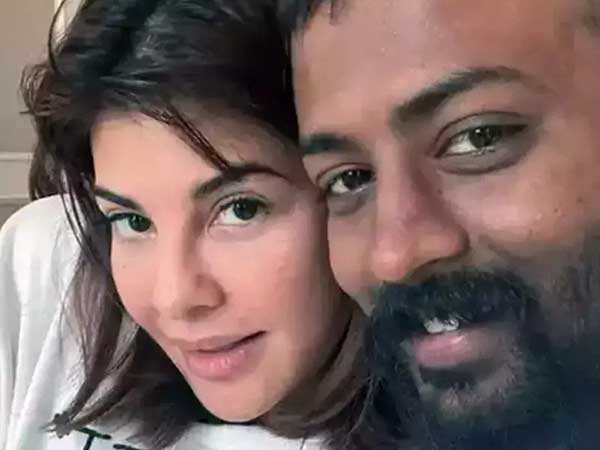 The Enforcement Directorate, probing conman Sukesh Chandrashekhar in the Rs 200 crore money laundering case in which Jacqueline Fernandez and Nora Fatehi were recently questioned, stated that the Bollywood actresses received top models of luxury cars and other expensive gifts from the accused.

An ED charge sheet filed in the matter clearly stated that “during the investigation, statements of Jacqueline Fernandez were recorded on 30.08.2021 and 20.10.2021. Jacqueline Fernandez stated she received gifts viz three designer bags from Gucci, Chanel, two Gucci outfits for gym wear, a pair of Louis Vuitton shoes, two pairs of diamond earrings and a bracelet of multi-coloured stones and two Hermes bracelets. She also received a Mini Cooper, which she returned.”

According to ED, Chandrashekar was confronted with Jacqueline Fernandez on October 20 and the actress stated that the conman had arranged private jet trips and her hotel stay on different occasions.

The ED charge sheet further stated that during the investigation under the Prevention of Money Laundering Act (PMLA), 2002, it was revealed that the accused Chandrashekar gifted a BMW car to actress Nora Fatehi in December 2020. The said BMW Car- S Series was registered in the name of Mehboob Khan.

Statements of Nora Fatehi were recorded under section 50 of PMLA, 2002 on September 13 and October 14, wherein she stated that she got a booking for a charity event and during the event, she was gifted a Gucci bag and one iPhone by Leena Maria Paul, wife of Chandrashekhar.

Nora further stated that Leena Maria Paul had called her husband and put the phone on the speaker where he thanked her and said that they were her fans. She then announced that they were going to gift her a brand new BMW car as a token of love and generosity.

ED further stated that, during custody, the statement of the accused Chandrashekar was recorded on October 14 and he admitted that he had gifted Nora Fatehi a BMW car – S series, which was registered in the name of Bobby Khan on her request.

He also admitted that he had sent cash to the tune of Rs 75 lakh to B Mohanraj in Chennai through co-accused Deepak Ramnani and Mohanraj arranged RTGS to Infinity Cars for the car purchased for Nora Fatehi. Patiala House Court has recently taken cognizance of the ED’s charge sheet filed against Sukesh Chandrashekhar, Leena Maria Paul and others in the Rs 200 crore money laundering case. The court asked the ED to supply a copy of the charge sheet to all accused in the case.

All the accused are presently in judicial custody. Advocate Anant Malik and Advocate Rohan Yadav appeared before the court for Sukesh Chandrashekhar, Leena Maria Paul and Ramnani brothers in the matter. Advocates Atul Tripathi and Mohammad Faraz, Special Public Prosecutors along with RK Shah, appeared for ED.

The ED, a financial probe agency, has recently arrested them under the PMLA in the extortion racket which was being run from a Delhi jail. Two co-accused Pradeep Ramdani and Deepak Ramnani have been also arrested by the ED in case.

According to ED, during the investigation, searches were conducted at various places linked to Chandrashekar and his associates.

During the search, 16 high-end vehicles were seized under section 17 of the PMLA and these cars are either in the name of firms of Leena Maria Paul or in the name of third parties.

It is further submitted that it has emerged that Chandrashekar knowingly created the structure for layering and transferring proceeds of crime and thus, actively participated in the process of money laundering.

Chandrashekar and Leena Maria Paul along with several others accused were earlier arrested by Delhi Police. The police have recently also invoked the Maharashtra Control of Organised Crime Act in the case.

Delhi Police had alleged that Leena, Chandrashekar with others used hawala routes, created Shell companies to park the money earned from proceeds of crime.

Delhi Police`s Economic Offences Wing (EOW) had registered an FIR against Chandrasekhar for allegedly duping the spouses of former promoters of Ranbaxy, Shivinder Singh, and Malvinder Singh, of Rs 200 crore besides ongoing investigations against him in several cases across the country.