Saqib Nisar’s audio made up of multiple clips: US company 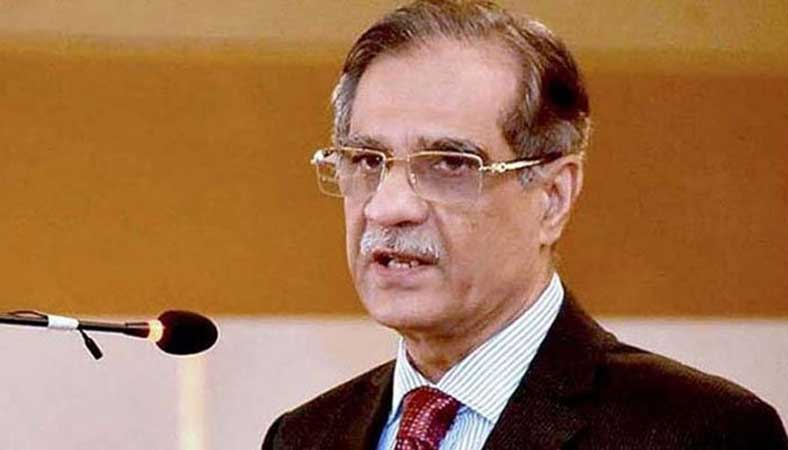 A United States (US) forensic company has confirmed that the leaked audio of former chief justice of Pakistan (CJP) Saqib Nisar was edited and made up of multiple audio clips.

A private TV channel had approached Primeau Forensics, one of the top-notch forensic audit companies in the US, for a forensic analysis of the audio tape. In the audio, former chief justice could be heard speaking to another person regarding cases of Pakistan Muslim League-Nawaz (PML-N)’s supremo Nawaz Sharif and his daughter Maryam Nawaz. During the audit of the 45-second file, it has been claimed that there are two reverberances in the voice as the person could be heard speaking from a distance before 25-second as compared to the last 20 seconds when the voice is coming from a close range of the mike.

When asked from the US company regarding editing in the audio, it was revealed that two parts of the audio were recorded in a different environment. According to the forensic report, “It is believed that unknown Fact Focus clip was generated from at least two different sources as there are two different reverberances observed indicating that the first portion of the audio in question was likely recorded in a different environment than the second portion”. Primeau Forensics has experience in the forensic audit of videos and audios spanning over 30 years and it has processed over 5,000 audio, video, and image forensic investigations and provided expert testimony in over 500 cases in local, state, and federal courts. Besides, attorney generals of multiple US States, CNN, AP and other major organizations are among its clients.

Talking to APP, Adviser to Prime Minister on Accountability and Interior Mirza Shahzad Akbar said the forensic company has confirmed that the audio of former CJP Saqib Nisar was made up of multiple clips which is continuity of forgery by the PML-N and attack on the different institutions. The adviser said the PML-N attempted to take advantage from Calibri font, audio leak and affidavit of former chief justice of Gilgit-Baltistan Rana Shamim. They (PML-N) do not answer to the basic query and attempt for forgery and falsification, he added.

Shahzad Akbar said one of the reputed forensic audit companies in the US has conducted this forensic test and it has ‘processed over 5,000 audio, video, and image forensic investigations. He said journalist Ahmed Noorani should be questioned now about this audio release.

The adviser said Maryam Nawaz resorted to this audio for her acquittal from cases instead of presenting evidences in courts. The PML-N leadership presented forged document with Calibri font in the court and proved guilty, he said adding that they know very well now to get punishment if presented something in the court.