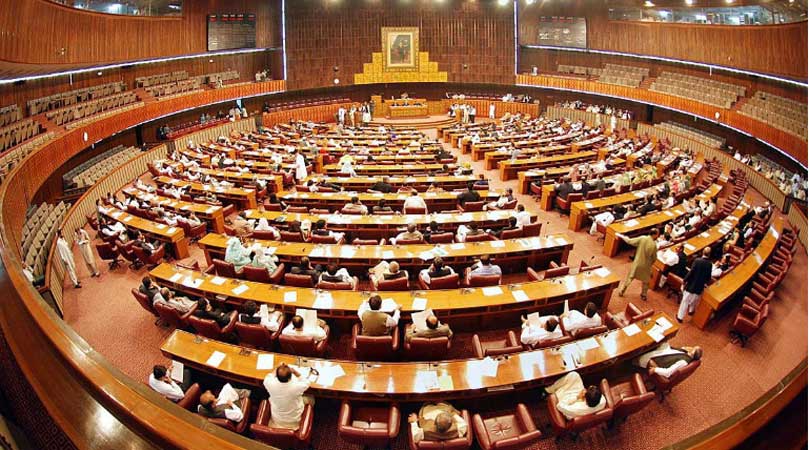 Contrary to popular belief, the performance of women legislators in both houses remained remarkable and in parliament’s history they presented 133 bills for legislative business in just four years (2018 to 2021).

Having representation of only 33% in both Houses, women have participated in parliamentary business, including a number of key legislation pertaining to women rights/human rights, moved some significant resolutions, calling attention notices concerning matters of national importance and budget cut motions. Women lawmakers have addressed a wide range of issues and their bills were not just women-specific but also included Wages for Skilled Workers, Persons with Disabilities, China Pakistan Economic Corridor (CPEC), Child Marriage Restraint, Mental Health Amendment Act, Prevention of Drug Usage in Educational Institution and Human Trafficking Acts etc.

According to the information received through the Right to Information (RTI) by the Women’s Parliamentary Caucus, female lawmakers have laid 55 private members bills in the National Assembly and 78 bills in the Senate during the ongoing parliamentary years (2018-2021).

Out of these bills, 32 were passed into an act making the ratio of 24% bills presented by women and passed by legislative houses, talking to this scribe, PTI legislator and federal parliamentary secretary for national history and literary heritage Ghazala Saifi said women, despite not having a large number of legislative positions as MNAs and Senators, have presented some significant resolutions/notices in the House. “Our women colleagues realize that being in the parliament of Pakistani as a legislator is a big responsibility. Most of the legislations that come forward are related to human rights”, she added. Ghazala said that in the parliamentary committee’s women participants bring in the bills through debates and logic.

“Generally women being 50% of our population need to have a higher number in the parliament than the one that exists”, said the PTI legislator. Despite this progress, there are politicians who are of the view that this performance still has room for improvement as women legislators are still not represented well in the house as their male counterparts.