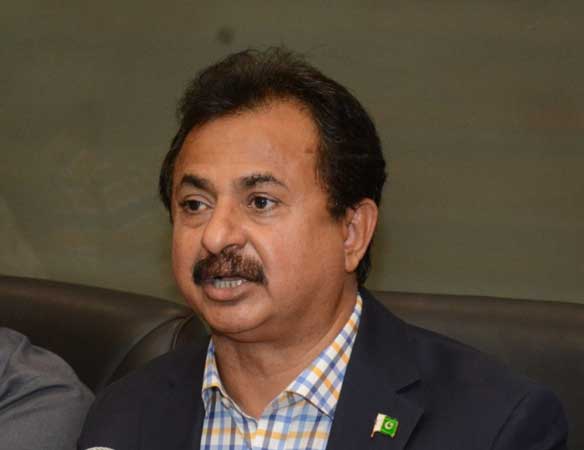 According to a statement issued here, Haleem Adil Sheikh in a letter to President Dr. Arif Alvi and Prime Minister Imran Khan derived their attention towards

Ali Shah’s highly irresponsible, objectionable and negative attitude not commensurate to position of the Chief Executive of a province.

The Opposition leader in his letter also complained that Sindh government had not given any representation to the opposition in standing committees in the provincial assembly.

PPP, on November 26, 2021, got passed a bill with certain Amendments in Sindh Local Govt Act (SLGA) 2013 without presenting and referring it to standing committee for necessary consultation, he said adding that it was clear violation of Rule 99 of Sindh Assembly Rules of Business.

All the opposition parties in the assembly and outside the house had rejected recent amendments and SLGA 2013 as a whole while opposition parties and other stakeholders also conveyed their concerns to Governor Sindh who, keeping in view the Constitutional violation and public sentiments, referred the bill in question back to Sindh Assembly with certain observations for reconsideration, Haleem said in the letter.

The Sindh government retabled the said bill on floor of the house and got it passed again without any discussion and referring it to standing committee, he said adding that the dictatorial attitude on the part of Sindh government was injurious to ongoing democratic rule in the country.

Moreover, CM Sindh Syed Murad Ali Shah during his speech in the assembly while referring to opposition said that they were in minority and pick them up and throw them out, Haleem said and quoted Murad Ali Shah saying, “Consider us Pakistanis otherwise people will be compelled to think of doing something else.”

“Besides, all above, Syed Murad Ali Shah often tries to translate sincere efforts of federal government for the betterment and prosperity of the people of Sindh as federation’s attack and attempt of seizure of Sindh,” Haleem further mentioned in the letter.

He alleged that the state of affairs duly created by the PPP Sindh government specially negative mind set of the CM reflected an alarming agenda aimed at destabilizing democracy, harming harmony amongst various ethnic communities living in Sindh and causing unwanted law and order situation.

The impression of persistent conflict would demoralize the foreign and local investors which would have grave adverse effects on country’s economy, Haleem observed.

Leader of the opposition said that although legal and democratic options were adopted to counter the moves however it was pertinent that Federation of Pakistan may also take urgent notice on the alarming situation.

He also stressed on federal government to move as per constitution to up hold Supremacy of the Constitution of Islamic Republic of Pakistan in the largest interest of democratic norms, safeguarding public rights and solidarity of the country.

PTI to protest against Sindh’s LG bill: Khurrum: Pakistan Tehreek-e-Insaf (PTI) Karachi President and MPA -Sindh Khurrum Sher Zaman has said that his party would protest against the amended Sindh Local Government (LG) bill at all forums. He said that they would protest against the LG bill on December 19, where it was passed. While talking to media persons during his visit to hunger strike camps set up outside the offices of Deputy Commissioners of Korangi and South, the PTI Karachi President said that they had decided to go on hunger strike outside the offices of all Deputy Commissioners. He further said that PPP-led provincial government was failed to deliver the people of the province with facilities of education and health even during the long period of 13 years.