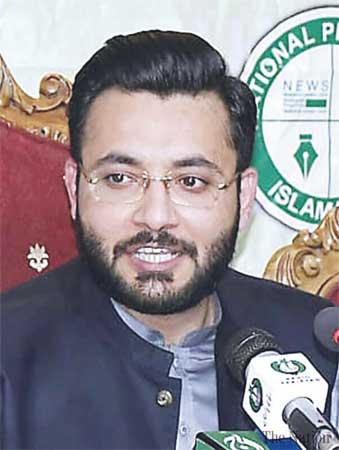 Minister of State for Information and Broadcasting Farrukh Habib said on Tuesday that PML-N President Shahbaz Sharif had allowed his son Salman Shahbaz to flee from Pakistan through a well-conceived plan. In a tweet, he said that Shahbaz Sharif should ask Salman Shahbaz to come back and face corruption cases. He said that PML-N should respond to the nation on the looted national wealth. Farrukh said that between 2008 and 2018 when Shahbaz Sharif was Chief Minister of Punjab, himself, Hamza Shahbaz, and absconding Salman Shahbaz created 28 secret accounts in the name of peons and clerks in their sugar mills. Through these secret accounts, ill-gotten wealth and corruption of more than Rs16 billion were concealed. He said those who claimed that they did not commit corruption of a single penny, turned out to be involved in corruption worth billions of rupees.