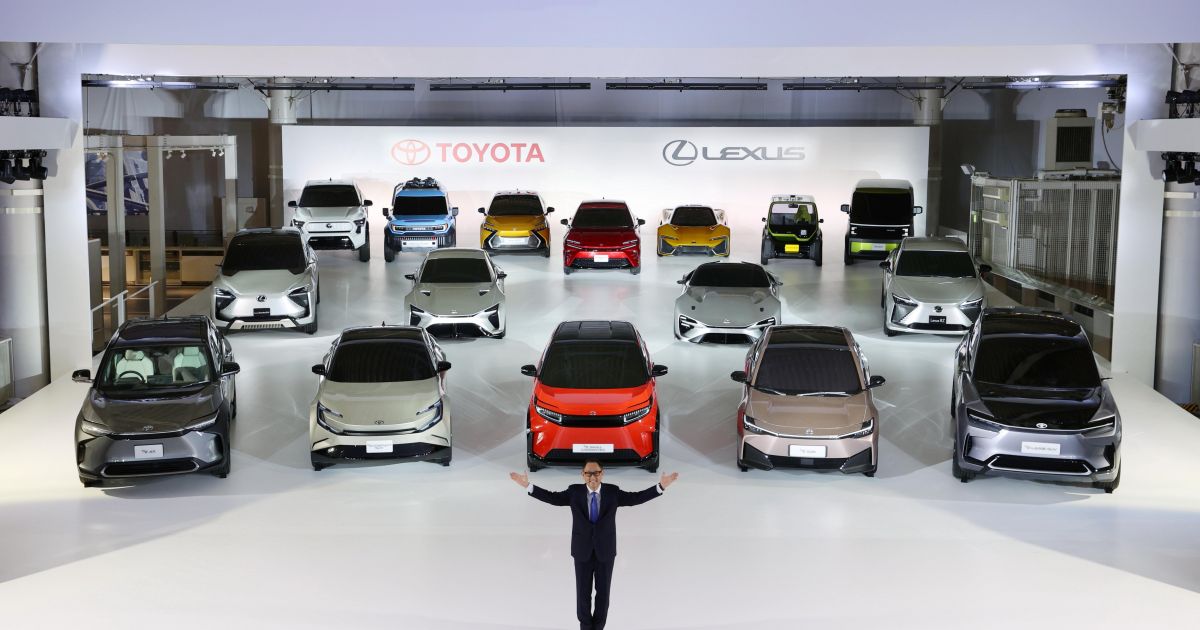 Toyota hiked its electric vehicle sales goal by 75 percent on Tuesday, unveiling a more ambitious plan for the sector as part of efforts to drive down carbon emissions.

The world’s top-selling carmaker has risked falling behind its rivals including Volkswagen and Tesla in the race to develop less polluting cars, seen as a key market for the future. And the Japanese auto giant, like other big car manufacturers, has faced pressure from environmental groups to work harder to phase out engines that burn planet-warming fossil fuels in favour of electric vehicles (EVs).

CEO Akio Toyoda said Toyota aims to sell 3.5 million EVs per year from 2030, and also plans to roll out 30 battery-powered electric models by the turn of the decade. It had previously set a yearly sales target for 2030 of two million EVs and fuel cell vehicles.

“Two million is a significant number. And we are trying to bring that to 3.5 million units,” Toyoda said. “We’ve been thinking of our carbon neutrality initiatives, and have come up with a realistic plan.” The company currently sells around 10 million vehicles a year but did not say what proportion of future sales its new target represented.

Toyota will also aim to make its high-end Lexus range 100 percent electric by the end of the decade in the European, North American, and Chinese markets, and worldwide by 2035. The company announced a total investment of eight trillion yen ($70 billion) for its electrification drive by 2030.

Half of that will be used for battery-powered electric vehicles, with the rest poured into other projects including hybrids and fuel cell engines. Around two trillion yen will be dedicated to the production and development of auto batteries, up from the previous amount of 1.5 trillion yen.

Last month, Greenpeace ranked Toyota joint last for decarbonisation efforts in a ranking released during the COP26 climate summit. On Tuesday, Toyoda said his company was taking a “proactive” approach to the promotion of electric vehicles, adding that Toyota would continue to provide a range of products for customers to choose from.

The “energy policies of different countries” may also affect Toyota’s push towards carbon neutrality, he said. Christopher Richter, an auto analyst at CLSA, said Tuesday’s announcement marked “quite a leap” for Toyota. One reason Toyota has been relatively slow to launch itself into the electric car market is that, as a traditional Japanese company, “it takes a lot of time to reach a consensus on these issues,” he told. “But the good thing is once they’ve agreed the way to go, they tend to move rather resolutely.”