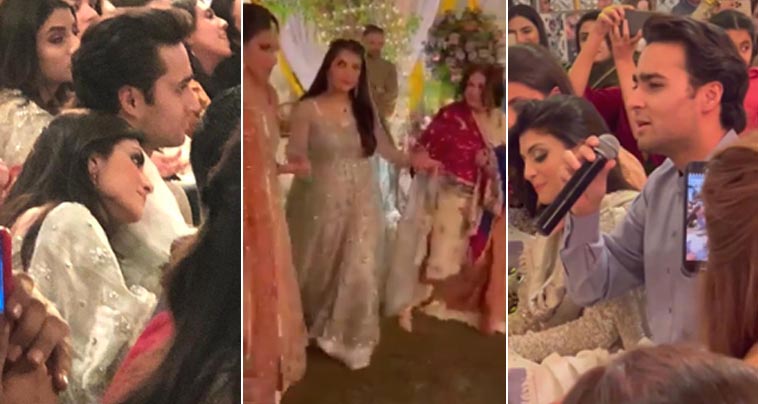 Another video of Junaid Safdar’s singing at her pre-wedding event has gone viral on social media and won the hearts of fans.

#JunaidSafdar ready to win the Internet again with his singing skills! 🎤🎶 pic.twitter.com/8T1KVTl8mX

Moreover, Rahat Fateh Ali Khan also performed at the function. The internet is flooded with pictures and videos from the wedding festivities of PML-N Vice President Maryam Nawaz’s son.

On the other,  Hamza Shehbaz and the mother of groom Maryam Nawaz had also sung at the wedding festivities of Junaid Safdar.

However, Rukhsati will be on 14th December and Valima will take place on December 17 (Friday). Several functions, including mayun and mehendi and musical events have been held since their arrival in Lahore.