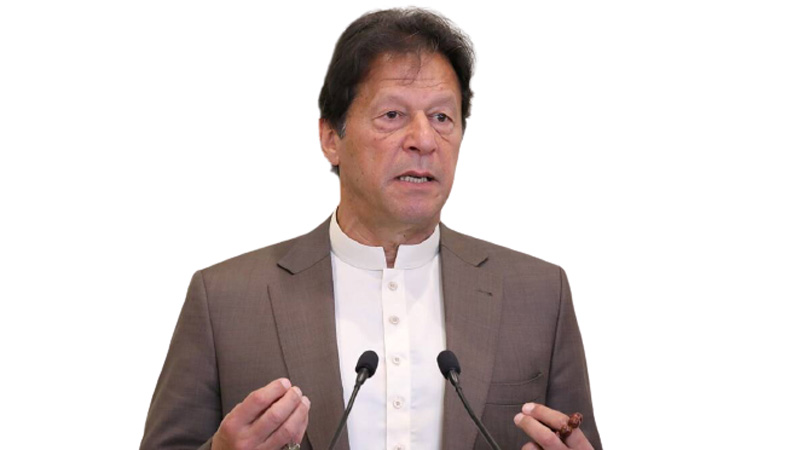 “This is a landmark. This is a defining moment towards our course to make Pakistan a welfare state,” the prime minister said addressing the launching ceremony in Lahore.

He said starting from January 2022, the Sehat Card would be distributed across the province within three months allowing whole of the Punjab population to avail themselves of free medical treatment worth Rs1 million a year at both government and private hospitals.

He said the difficulties faced by his family for treatment of cancer patient mother had prompted him to think of introducing a universal health insurance facility for the whole population so that no one had to sell out belongings for the medical treatment of their dear one.

He said three months of his mother’s illness was an ordeal from Allah for his whole family. He said the health insurance cover would give the families a confidence to get treated their ailing family members which otherwise was unaffordable for many.

Reiterating his vision of replicating the Madina State model in Pakistan, he said the Holy Prophet (PBUH) established the world’s first welfare state even without having sufficient resources.

“This proved that bringing humanity to a state was more essential than the resources for establishing a welfare state.”

He said Pakistan was to become an Islamic welfare state but the leaders so far had been awaiting the resources, which was contrary to the precedence of the Madina State.

He apprised the audience that despite the discouraging notions about the feasibility of Shaukat Khanum Hospital, 75% of patients were getting free medical treatment.

The hospital which was built at a cost of Rs700 million is now spending Rs10 billion on treating the patients.

Similarly, he said despite immense pressure from the opposition for a blanket lockdown during the COVID-19 pandemic, he opposed the idea just fearing the suffering of the daily wagers and vendors.

He said unfortunately the elite class never thought of the poor people while suggesting the lockdown. He said owing to the resource and systemic constraints, Pakistan could also not afford supplying food to every household as China did in Wuhan.

The prime minister said now Pakistan was being cited as a country which had effectively maintained a balance between lives and livelihood, just owing to Allah’s blessing and the prayers of the poor people.

He said the Punjab government would spend Rs440 billion in three years on the health insurance facility to the people. He said no one had ever thought of such a facility as even the Punjab chief minister and health minister were shocked considering the project’s financial implication. He said in order to ebb away the pressure of inflation from the people with below Rs50,000 monthly income, the government had launched Ehsaas Rashan scheme to provide 30% subsidy on ghee, flour and pulses. Moreover, the government would also provide 6.2 million education scholarships worth Rs47 billion the deserving students.

The prime minister said national security could not be ensured unless the inclusive development and equitable growth of all segments of society, provinces, and people was established. “Unequal distribution of resources leads to anarchy among the people who are left out of the mainstream development,” he said.

The prime minister said the uplift of underprivileged segment of the society was critical to ensure across the board national security. He stressed that the rule of law and equality for all were preconditions for democracy. He regretted that Pakistan had suffered inequality due to three simultaneous educational systems, namely English and Urdu medium schools, and the madaris.