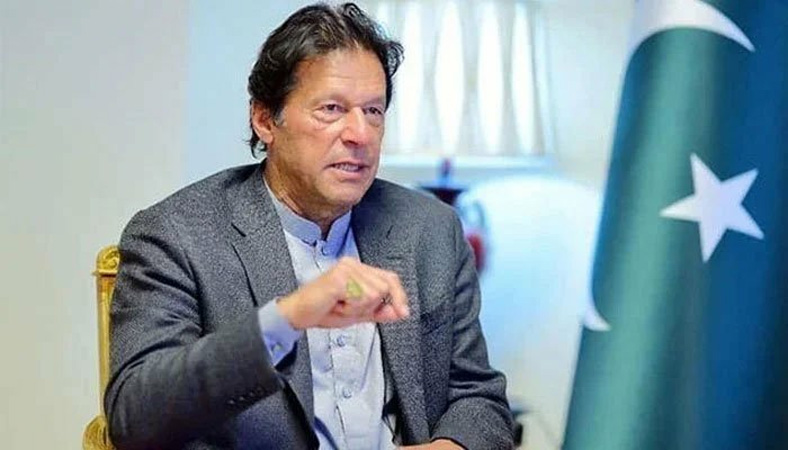 Prime Minister Imran Khan on Monday said the West was ignoring the atrocities committed by India in Illegally Occupied Jammu and Kashmir and stressed the need for a strong voice from the platform of Muslim think-tanks.

“No western country is criticizing India for the wrongs it is committing in Kashmir. Had it been some other country, it could raise a lot of hue and cry in the world,” he said at the inaugural session of the Margalla Dialogue.

The dialogue was organized by the Islamabad Policy Research Institute, a think-tank focusing on regional and international situations. Imran Khan said it was unfortunate that the racist government in India was continuing with its fascist policies and meting out ill-treatment to the people in Kashmir and other religious minorities. Unfortunately, he said the Muslim world lacked the think-tanks that could effectively highlight India’s actions before the world. He regretted that foreign think-tanks concentrated on Pakistan’s extremes and painted the entire nation in a specific way.

Also, he said the country’s “so-called intellectuals” misguided the foreign journalists about the presence of hordes of extremists on the soil. He said contrary to the impression, Pakistan was the land of hospitable, generous and civilized people with strong family values. He pointed out that overseas Pakistanis faced a difficult situation when they came to know about negative propaganda about their homeland.

Imran Khan said western media portrayed Pakistan in a negative light. “Just pick up the newspapers of 10 to 12 years ago, it is full of content blaming Pakistan despite its enormous casualties in the war against terrorism,” he said. He recalled that Pakistan faced a “very bleak period and humiliation” despite being the ally of the United States. “This was due to our inability to project our point of view in the world,” he added. The Prime Minister emphasized the importance of research by the think-tanks of the country to counter the negative propaganda in the world.

“Research leads to original thinking within a society. You have to define yourself instead of letting others define you,” he said. He said lack of in-depth research led to reliance on second-hand information by the western think-tanks on important issues such as Afghanistan. Pakistan, he said was the country that suffered the most in collateral damage in the wake of the Afghan conflict, however it was made a scapegoat for the mistakes of the superpowers.

The PM went on to say that throughout the war in Afghanistan, Pakistan had to witness the biggest collateral damage as it was the only US ally that suffered more than 80,000 casualties, displacement of millions of people, and a loss of over $100 billion. He mentioned that inability of the national leadership to handle the Afghan situation wisely, which landed the country into two main pro and anti-America divisions. He said the role of local think-tanks in this situation was important to effectively highlight Pakistan’s perspective in the world, rather than being under continuous criticism by the western lobbies.

The Prime Minister lauded National Security Adviser Dr Moeed Yusuf for compiling the book on Afghanistan that gave the correct Pakistani perspective on the situation.

On Islamophobia, he said a strong response by Muslim think-tanks was important to nullify the impression of Islam’s link with violence and terror. He said national security could not be ensured unless the inclusive development and equitable growth of all segments of society, provinces, and people was established. “Unequal distribution of resources leads to anarchy among the people who are left out of the mainstream development,” he said.

The Prime Minister said the uplift of the underprivileged segment of society was critical to ensure across the board national security.

He stressed that rule of law and equality for all, were the preconditions for democracy.

He regretted that Pakistan had suffered an inequality due to three simultaneous educational systems, namely English and Urdu medium schools, and the Madrassas. He pointed out that differences in educational standards of the systems resulted in three different kinds of generations with discrimination in opportunities of jobs. Imran Khan also pointed out that corruption, particularly of the elite, was detrimental to the development of a country.