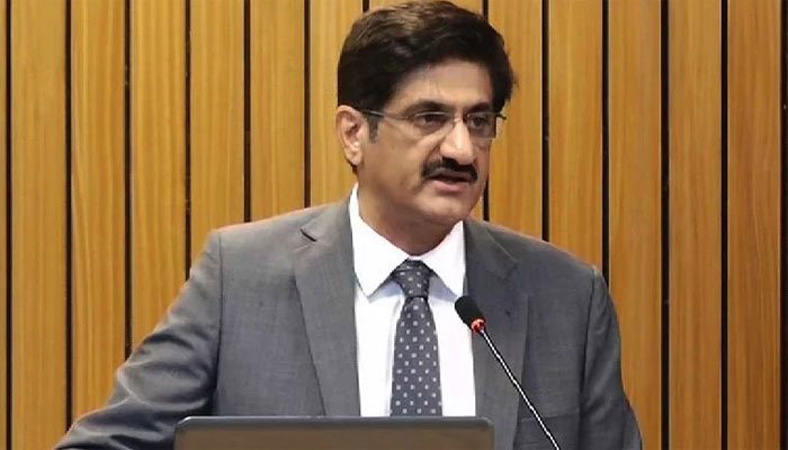 Sindh Chief Minister Syed Murad Ali Shah has said that due to political commitment and focused efforts particularly in the high-risk union councils of the province no new case of polio has emerged since July 2020.

The EOC for polio has launched a province-wide polio campaign from December 13-19, as part of the national immunization day, to give oral polio drops to over nine million children under 5-year of age across the province, the Chief Minister said that the campaign would be carried out in all 30 districts of the province. He said that out of the target of over 9 million children, more than two million live in Karachi. Shah said that because of the pandemic, anti-polio campaigns and routine immunizations could not be carried out from March to July 2020, therefore an immunity gap in children has developed. “This gap is being addressed through back-to-back monthly polio campaigns since August 2020 and we have controlled the spread of the virus throughout 2021,” he said adding, “Thanks to these campaigns Sindh has not reported a single case of polio since July 2020 and environment samples are also coming in the negative which is quite encouraging.”

The CM said that the communities living in the super high-risk Union Councils for polio needed more services through new initiatives. “We have installed water filtration plants, experimental dispensaries, model EPI centers, mother and child health facilities among other initiatives in such union councils,” he said. CM Murad said that while dealing with the pandemic, we must also deal with children’s immunization to prevent childhood diseases adding that the benefits of vaccination were clear as frequent campaigns have significantly reduced the burden of polio across the country.

He said that children could be saved from childhood diseases like polio through vaccination and he urged the media to raise awareness among the people. The CM said that Pakistan was one of the two polio-endemic countries in the world along with Afghanistan and has so far reported a total of one polio case in 2021. The Pakistan Pediatric Association, Pakistan Medical Islamic Medical Association, medical experts across the world, as well as prominent religious scholars in Pakistan, and across the region endorse the oral polio vaccine as the safest and most effective for not only preventing polio but also eradicating it, he said adding that during the polio campaign launched in September, the government has achieved more than 98 percent coverage. He further said that the polio vaccine was the safest and most effective way to save children from polio. He urged the parents to cooperate with the teams when they visit their homes. “Remember! Polio has no cure but can be easily prevented through vaccination,” the CM said and added therefore the health department was sending workers door-to-door to eradicate polio.

He disclosed that this time during the polio campaign, Covid-19 vaccinations would also be provided in selected districts such as seven districts of Karachi, Sanghar, Hyderabad and Khairpur.