In four months, Pakistan exports over $50m of footballs 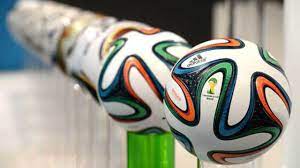 ISLAMABAD: According to Abdul Razak Dawood, Adviser to the Prime Minister on Commerce and Investment, Pakistan exported over $50 million worth of footballs in the first four months of the current fiscal year (July-October).

“The MOC [Ministry of Commerce] is glad to announce that football exports increased by 17% to $50.148 million in July-October 2021, compared to $42.780 million in the same period last year,” Razak stated in a Twitter statement.

Dawood also stated that Pakistan’s exports climbed by 27% to $12.365 billion in the first five months of this fiscal year, compared to $9.747 billion in the same period the previous year.