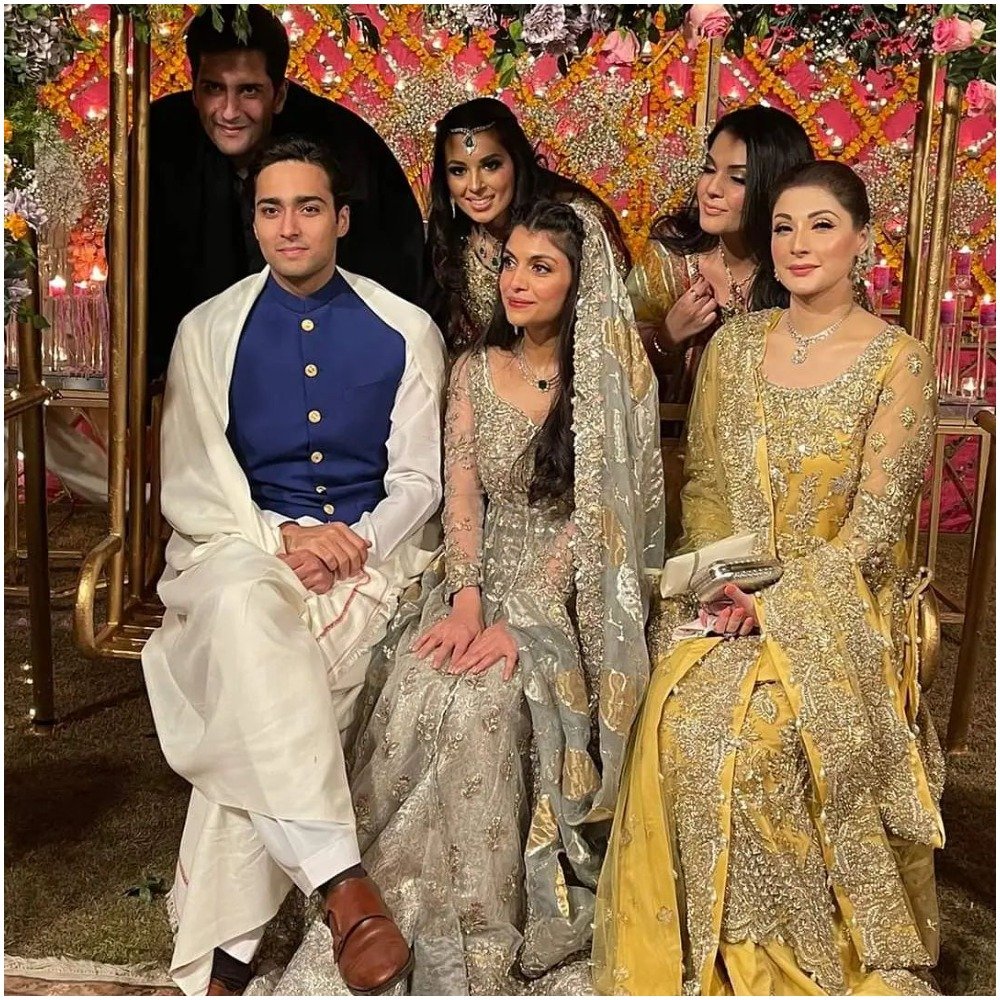 PML-N Vice President Maryam Nawaz is fully enjoying the wedding festivities of her son Junaid Safdar and continues making the people amazed by her voice or singing at her son’s wedding events.

Various video clips and pictures from the event went viral on social media, in which Maryam Nawaz, Hamza Shahbaz and PML-N President Shahbaz Sharif can be seen making merry by singing iconic songs.

Moreover, the latest video of Maryam Nawaz is going viral on social media in which she sings the famous mehndi song ‘Mere Nehr Se Aaj Mujhe Aaya’ as she walks with a couple of women, her husband, Captain (retd) Junaid Safdar and her son, Junaid Safdar, along taking mehndi plates. She is also seen encouraging other companions to sing along with her.