State should be held accountable if a person goes missing: IHC CJ 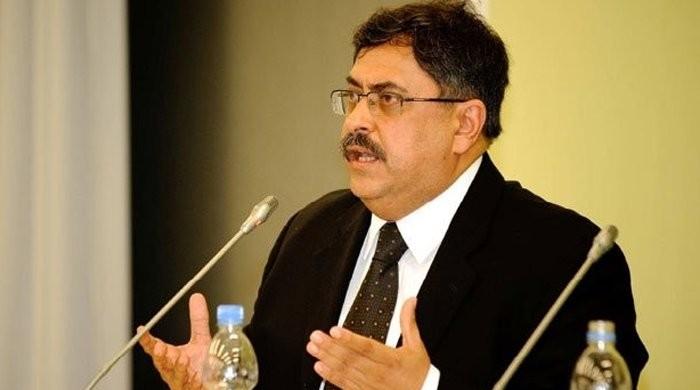 On Monday, the Islamabad High Court (IHC) Chief Justice (CJ) Athar Minallah remarked in the Muddassar Naru case that the state should be held accountable if a person goes missing, Daily Times reported.

Justice Athar Minallah remarked (without naming) that the former chief executive wrote books and took credit for abduction. He maintained why not court frame all chief executives with Article-6 and start their trial as well.

The court adjourned the case hearing till January 18.

However, AGP remarked, “The government did not implement the verdict about one (such chief excite) who was sentenced as per the article 6.”

“Let’s build a ’Hall of Shame’ displaying pictures of all chief executives, CJ remarked and questioned the AGP, who said all should be held accountable not just the chief executives.

AGP further said that if a million people come to the roads then the missing person issue would be resolved. Without naming the ‘Iranian revolution’, the AGP quoted Iran’s example where enforced disappearance cases were stopped after people took to the roads.

AGP apprised the court that Prime Minister Imran Khan and all from the government side were embarrassed.

The IHC CJ remarked that enforced disappearance is the ‘worst form of corruption.”

CJ also questioned the position of the Commission on Enforced Disappearance’ as per Article 14 of the Constitution.

IHC gave four weeks’ time to the Attorney General of Pakistan (AGP) to assist the court on the Naru case.

AGP Khalid Javed Khan acknowledged that Mudassar Naru did nothing wrong that he became a missing person, on which the IHC CJ remarked, if people in power did their work then no one could ever go missing.

AGP also said it is a stain on Pakistan that people still go missing in the country.

He said he was not defending someone but the current government received all missing persons’ cases from the previous governments.

AGP said many people crossed the border for jihad and now they were also called missing persons, but Mudassar Naru was a journalist and ‘I did not put his case in this category.”

IHC CJ Athar Minallah remarked all state institutions were clueless in the court about the Naur.

PM Khan along with Human Rights Minister Shireen Mazari met with the family members of the Mudassar Naru.

Earlier on Dec 5, in a written order in the missing journalist’s and blogger’s case the Chief Justice Islamabad High Court (IHC) Justice Athar Minallah ordered Prime Minister Imran Khan to direct all agencies working under him to produce Mudassar Naru before the court on December 13 or trace his whereabouts.