* In cinemas now and on Netflix from December 24 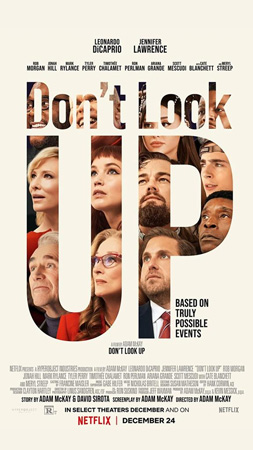 A comet is on a collision course with Earth. The targets in this shrill, desperately unfunny climate change satire directed by Adam McKay are more scattershot. According to stoner PhD student Kate Dibiasky and her professor, Dr Randall Mindy (a self-consciously tic-y Leonardo DiCaprio), the asteroid is the size of Mount Everest and due to hit in six months. The pair try to warn Meryl Streep’s President Orlean about the impending “extinction-level event”, only to find her preoccupied by the midterm elections. They attempt to raise awareness on breakfast TV, but anchors Jack and Brie can’t help but give their bad news a positive spin.

The only person with enough money to intervene is tech entrepreneur Peter Isherwell (Mark Rylance), who wants to mine the comet for its “$140tn worth of assets”. Party politics, celebrity gossip and social media memes are swiped at too. It feels cynical, then, when Timothée Chalamet shows up with no real narrative purpose other than to snog Lawrence. 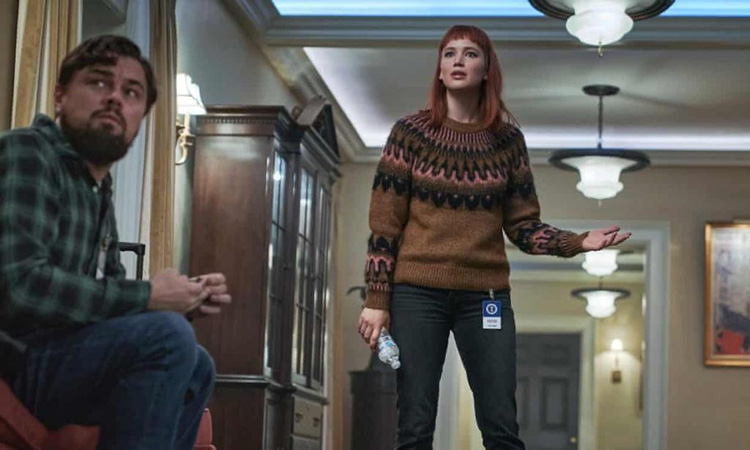 As Garry Marshall’s cursed holiday trilogy Valentine’s Day, New Year’s Eve and Mother’s Day has already proved, an ensemble cast stacked with A-listers is no guarantee of a good time. Neither is McKay’s bombastic, shake-you-by-the-shoulders direction.

The smug asides plastered on screen, and the hyperactive inserts of nature documentary footage do nothing to raise the film’s real-life stakes.

In cinemas now and on Netflix from 24 December.