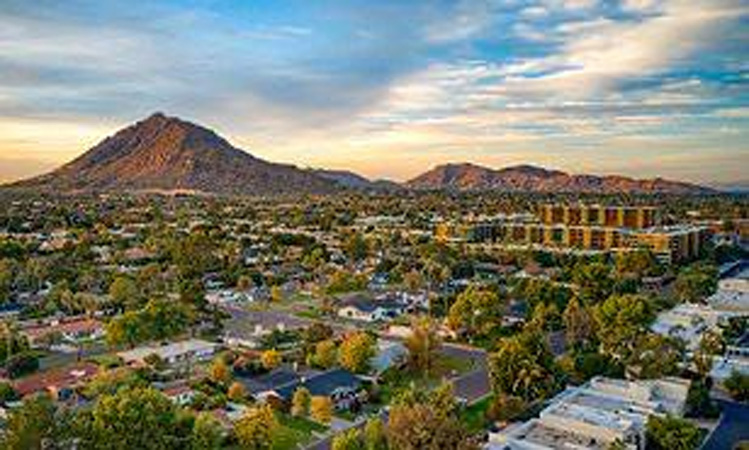 It happened on my last day. I saw a single cloud. Until then, my week in Scottsdale – the best place in America for winter sun you’ve probably never heard of – had been one of clear blue skies and temperatures in the 80s.

Americans and Canadians have known about Scottsdale for quite some time, but it’s taken us Brits longer to catch up. Essentially, it’s a smart suburb of Phoenix, Arizona – which has two daily non-stop flights from London – but its inhabitants like to keep things discreet. Maybe that’s one of the reasons why superstars Beyoncé and Jay Z spent their honeymoon there.

In summer, temperatures swell to about 120F. In winter and spring, though, things are much more bearable, prompting a surge in visitor numbers.

The area, bordered by rust-red hills and rippling folds of the Sonoran Desert, has forests of saguaro cacti which can reach 80ft. It’s also dotted with golf courses, shops and luxury hotels.

Downtown Scottsdale retains an Old West vibe, where you can mix things up by renting an e-bike to cruise along well-maintained cycle paths then retire to the Rusty Spur Saloon for live music. 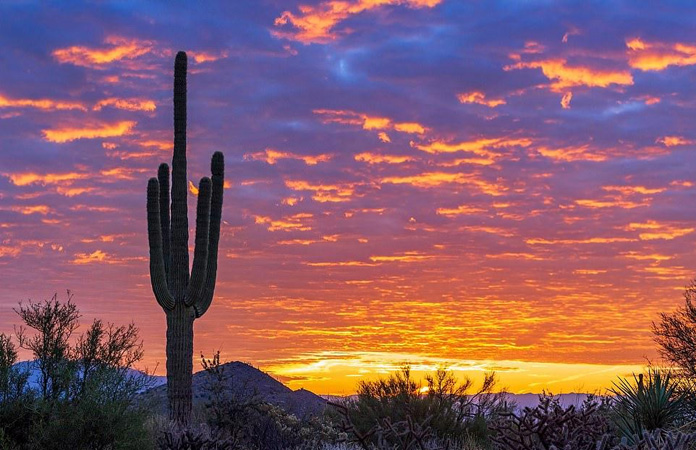 For lunch, grab some brussels sprout nachos at Diego Pops, or for dinner book a patio table at the award-winning FNB.

While health and wellbeing are distinguishing themes, be prepared for a distinctly American form of health tourism that comes with indulgent massages, outdoor hot tubs, poolside mojitos and wonderful brunches.

Families gravitate to The Phoenician hotel, where Barack Obama once stayed. There are nine swimming pools, so there is plenty of space for everyone. Look out at breakfast for the resident hawks that are employed to keep paths clear of those pesky varmints – snakes to you and me

A few miles away is the even more exclusive Sanctuary on Camelback, landscaped into the shadow of Camelback Mountain. An early morning climb to the top is certainly one way of earning your breakfast. Accommodation here is in casitas, or small houses, most of which come with separate sitting area and large bathrooms with oversized shower and tub.

If you tear yourself away from the pool, there is a range of classes you can take at the fitness studio, or you can rejuvenate with acupuncture at the spa

More affordable is the Andaz hotel, which will appeal to lovers of clean-lined, chic, modern architecture but who also want a buzzy pool area Half an hour’s drive north, and properly out into the desert, you’ll find the small towns of Carefree and Cave Creek, where the locals still go to the bar on horseback, and the flavour of the Old West isn’t a gimmick – it’s the real deal.

This is where you’ll find Civana Wellness Resort, which manages to combine a chic hippy-dippy vibe with first-class amenities.

It draws crowds of Lululemon-wearing Californian yummy mummies who want to escape with friends for spa treatments and great food.

And it certainly gets both right. Activities range from aerial yoga and outdoor spinning classes to guided desert hikes among the saguaro, before lunch and a ‘revive to thrive’ massage. It’ll leave you on cloud nine, before you go poolside to try to spot the real thing.