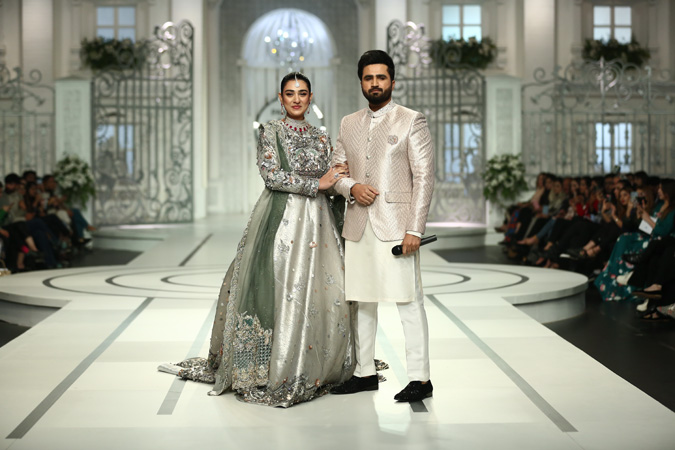 After the glamorous showcase on Day One, Day Two of the bridal extravaganza was a continuation of the glitz and bridal statements with the country’s acclaimed couturiers, bridal wear designers and retail brands.

As always PHBCW left its audience stunned with its majestic stage, uniquely set in white hues for a one of kind fashion show. The day’s proceedings started with Emraan Rajput revealing his new luxe menswear collection Slate followed by Fatima Salamat’s Kelaya, made with finest organza and chiffons. Arooj Aziz’s collection Gulbadan inspired by the daughter of Mughal emperor Babur’s daughter Gulbadan Begumwas next in line. Show one ended with Rizwan Ahmed’s Leyla which was a celebration of love and beautiful bond of marriage.

Day two show two, started off with Umsha by Uzma Babar’s Heer, followed by Edge Republic’s collection Tehzeeb that represented South Asian culture. Hiba Asim showcased next with their collection Mitti Dae Rung. Next in line was Mina Kashif’s Khat-e-Ishq collection that is an ode to the emotions and experiences of true love, followed by the finale for the day featuring Humayun Alamgir’s collection Shah Savaar that narrated the richness and royalty of a man. 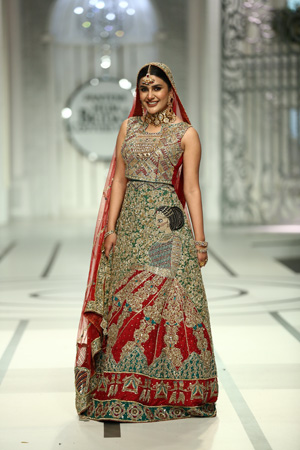 Choreographer for PHBCW 2021 is Salwa Rafique and HUM Special Projects and Events Team, while hair and makeup is by NPro and NGents. The red-carpet hosts for PHBCW 21 are Armala Hasan and Hira Tareen. Arsalan Ihsan is the emcee for the event and DJ Moazzam presented the music for the shows. Backstage is managed by Salwa Rafique and her team in lieu with the team at HUM Special Projects and Ahsan Qureshy is the official photographer. All public relations operations and media liaison are carried out by Moiz Kazmi and his team at MK Digital PR and the in-house PR team of HUM Network Limited along with show production and execution by the Special Projects and Events team at HUM Network Limited.