Dhanush lauds Sara Ali Khan ahead of ‘Atrangi Re’ release 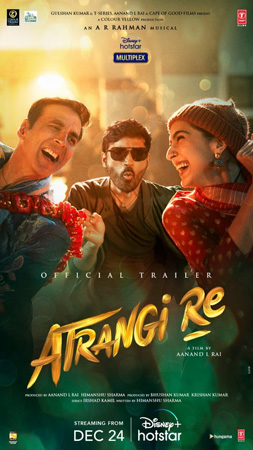 During his recent chat with Pinkvilla, the Karnan actor reflected on working alongside the superstar Akshay Kumar and the Coolie No.1 actor.

He said, “Working with Sara was really a great experience. She is really a hard-working girl and has given her all for this role. I wish her all the best.”

“Akshay sir is so nice, kind, honest and so punctual. There is amazing to learn so much from him. I had a blast working him too,” he added.

Talking about the much-anticipated film, the 38-year-old actor shared, “It’s a very interesting film to be in. We had a great time shooting for Atrangi Re but equally we had to work really hard because it was really a difficult film to make and you can see we have got it very much right.”

Dhanush also opened up on working under Aanand L Rai’s direction as he added, “And working with Aanand L Rai is like coming back home. We had a blast working together and I understand him more than anybody else and he understands me better.”