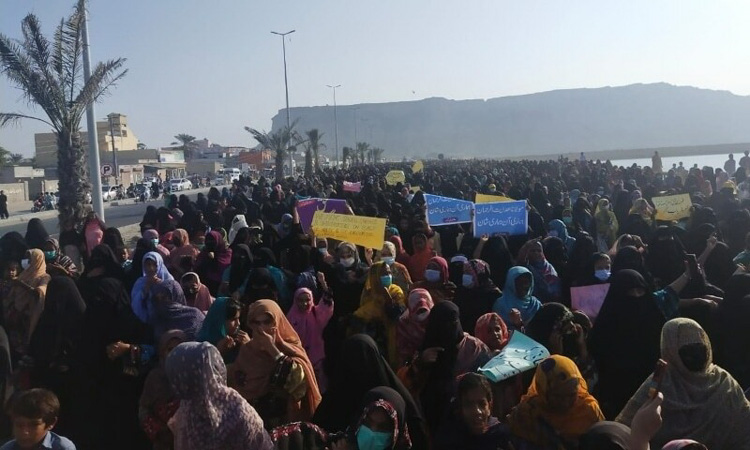 Prime Minister Imran Khan Sunday took notice of the demands of fishermen in Gwadar, assuring that a strict action would be taken against the illegal fishing by trawlers. “I have taken notice of the very legitimate demands of the hardworking fishermen of Gwadar. Will be taking a strong action against illegal fishing by trawlers,” the prime minister said on Twitter. Imran also assured them that he will speak to the chief minister of Balochistan on the issue.

The prime minister’s tweet was followed by a series of protests by locals in Gwadar, who had taken to the streets to raise their voices for their rights. Gwadar has seen protests for the past few weeks, sometimes featuring thousands of women with young children, speaking out against the large trawlers. Locals say the trawlers, which are illegally plundering the Arabian seabed, were making it harder for fishermen to fish.

Fishing is one of the main sources of income for residents of the area. “It has become tough to run the kitchen now,” Rehana Gul, one of the protestors, told a local TV channel. “In the last three or four years, there have been days when my husband, who is a fisherman, has come back empty-handed with no money to feed our children.” Despite protests from local fishermen about the fleets, they have received no response from the Gwadar Development Authority or the Balochistan government.

Assistant Deputy Commissioner Anis Tarique Gorgej said that the local administration was in touch with the protestors and all their concerns will be addressed.

Meanwhile, Adviser to the Chief Minister on Home and Tribal Affairs Mir Ziaullah Lagau Sunday said the protesters had a list of 19 demands, 16 of which had been accepted by the government. With regard to one of the remaining complaints about illegal fishing by trawlers in the port city, the adviser said Maulana Rehman had recently admitted during a meeting that illegal fishing by trawlers had declined but at the same time, he feared a surge in the activity if protesters ended their demonstration. “To which, I responded that I am not responsible for it,” Lagau said. He said another demand pertained to boats and vehicles that had been confiscated by the authorities under the Customs Act. “I conveyed to them we cannot do anything about it, as this is out of our domain,” the adviser said.

Pointing out the third remaining demand regarding the handover of border management from the FC to the civil administration, the CM’s aide said authorities were working on it.