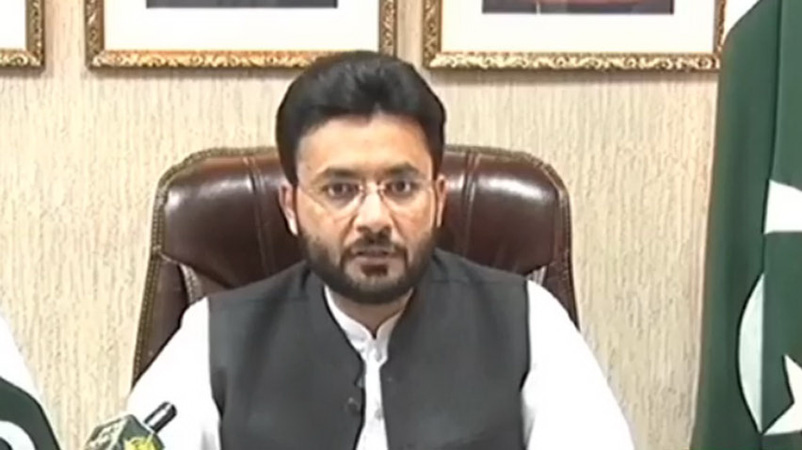 State Minister for Information and Broadcasting Farrukh Habib has said that people will soon start enjoying the benefits of comprehensive and prudent reforms for sustained economic growth with a focus on enhancing exports and tax collection, facilitating the masses and weeding out corruption.

Addressing a function at the Faisalabad Chamber of Commerce & Industry (FCCI), he particularly mentioned the national policies adopted by Prime Minister Imran Khan and said that as a result of it, Pakistan managed maximum exports in a single month, Nov 2021, of up to $2.9 billion, while it was 34 per cent in excess to the exports of same month of last year, and 47pc more than Nov 2018. He said during the first five months of the current fiscal year, Pakistani sporting goods stood at $12.37 billion, which were 37pc higher than the exports of the corresponding period in 2018. About the health sector, he said that the government was offering the best possible health facilities to the masses and people in Punjab would start receiving health cards from Monday, and the process would be completed by March 2022. Under the arrangement, each card holder and his family would be entitled to free medical facilities of up to Rs 1 million, he added. He said that despite the corona pandemic, exports remained 35pc more than the exports of other countries of South Asia. He said that during the last year, the federal government also released Rs 250 billion in refunds.

About the agriculture sector, he said the government provided subsidy to the farming community and as a result of it, all corps recorded phenomenal yield and Pakistan would have no need to import cotton and sugar this year. Due to this additional yield, Pakistan could be able to export $4 billion more, he added.

About gas, he said that work on the pipeline project with the cooperation of Russia would be started soon. He said the government was also constructing 10 dams which would not only generate 10,000 megawatts of electricity but also store 13 million cusec feet water for irrigation purposes.

About local issues of Faisalabad, the State Minister said that Chief Minister Punjab Sardar Usman Buzdar had constituted a Provincial Finance Commission on the pattern of National Finance Commission. Under the commission, all districts would get their due share on the basis of their population and backwardness. “It will ensure balanced development of the province,” he added. He promised that he would make his best efforts to ensure membership of FCCI in BoDs of all major public sector departments and autonomous bodies. About the Faisalabad Master Plan, he said that various sectors had reservations about it and hence its approval was delayed and now the consultants had resubmitted new draft for the proposed master plan. He promised that once again stakeholders would be consulted to make it up to the mark. Regarding the Ring Road project, he said there were two proposals: one was to make dual the 98-kilometre long bypass, which would cost Rs 27 billion, and the other proposal was to only rehabilitate the current bypass in its current situation with a cost of Rs 10 billion. He was optimistic that out of these proposals, one would be finalized very soon.

About a dual railway track from Khanewal to Shahdra via Faisalabad, he said that its survey had been completed and now the project was awaiting funding from the federal government and the Asian Development Bank. About a local train from Gojra to Sangla Hill, he said that it would certainly shift the passenger load from roads to the railway track and this project could be handled by the Pakistan Railways from its own resources.

About the mass transit project, he said that the Punjab Chief Minister had promised provision of electric buses to Faisalabad which would not only facilitate the local commuters but also help in arresting environmental pollution. Commenting on a demanding for linking the M-3 and the M-4, he said that this project was under consideration and experts were making estimates for its cost. He said that a dual carriageway was available from Faisalabad to Jaranwala. It could be rehabilitated and upgraded which would make the journey between Lahore to Faisalabad through Lundianwala in just one-hour. About other development projects, he said that a project was under consideration to make Sammundri Road signal free. Similarly, another ring road would also be developed to reduce traffic burden on the existing roads.

He stated that sufficient land has been earmarked for a state-of-the-art campus for Faisalabad Medical University (FMU). He said that a new hospital would also be built over 22 acres of Evacuee Trust Property lying unutilized near graveyard of Ghulam Muhammad Abad.