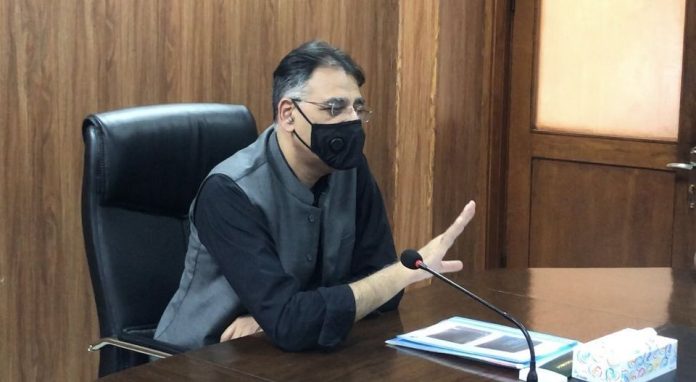 Minister for Planning and Special Initiatives Asad Umar has said that Karachi is not begging for its rights from the Sindh government, especially the chief minister.

At a press conference on Sunday, he criticised amendments into the local government bill passed by in Sindh Assembly on December 11. The Sindh Assembly claims the bill will transfer some of the powers that the provincial government has to metropolitan corporations.

“We will come up with a strategy soon,” said Umar. “This problem does not concern a political party. It concerns a system wherein politicians come to power and become richer [at the expense of the taxpayer],” he added. He said that the new system will elect a representative who will work for the people of Karachi.

“We will continue to raise our voices in Sindh Assembly, despite their [PPP] telling us that we are in the minority,” he said. He further said, “Our basic problems will not be solved till the masse are not empowered.” “Politics has been taken over by a few families; they want to stay rich and maintain their sway [over everything],” Minister said.

Umar criticized the chief minister, saying that he had not fulfilled his promise of devolving powers at the lower level. “Time has come for Sindh to take important decisions,” he added.

Former Karachi mayor and MQM-P leader Waseem Akhtar also spoke at the press conference and said, “The chief minister used to give me a lollipop every time I asked to meet him.  “He did not let me develop Nehr-e-Khayyam. If he wanted to do anything good, he would have already done that Larkana or Nawabshah,” he added.