* PTI fulfills its promise to devolve powers to the people 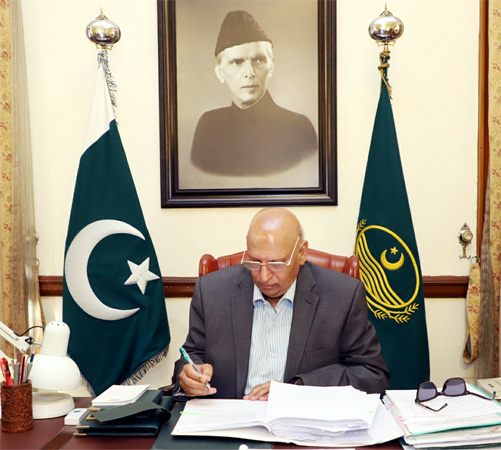 Governor Punjab has completed the final stage of new ordinance by signing the Punjab Local Government Ordinance which was earlier approved by the Punjab Cabinet. Governor Punjab said that the new local government system will empower the public in a real sense and Prime Minister Imran Khan is fulfilling his promise to devolve power to lower level.

The people of Punjab will be made strong and prosperous. According to details Governor of Punjab Chaudhry Mohammad Sarwar on Saturday approved the Local Bodies Ordinance 2021 with his signature at Governor House Lahore while Principal Secretary to Governor Punjab Dr. Rashid Mansoor, Special Secretary to Governor Punjab Omar Saeed and other concerned officers were also present on the occasion.

Governor Punjab Chaudhry Mohammad Sarwar while Speaking on the occasion of signing the Local Bodies Ordinance 2021 said that Prime Minister Imran Khan has been promising a strong local government system in Punjab from day one and today the Prime Minister Imran Khan through the local government system, has fulfilled his promise. PTI Government will ensure all measures for the development and prosperity of Pakistan. The development and prosperity of the people of Pakistan is the first priority of the PTI Government and the present government is ensuring transparency and merit in the institution at all levels. Chaudhry Mohammad Sarwar said that the work done by the present government to strengthen the institutions in Pakistan is exemplary.

The PTI government has also fulfilled its promise to devolve powers to lower levels through new local government system in Punjab. For the first time, the people will elect their mayors directly by their vote and with the power of their vote the people will be able to elect the representatives of their choice. There is no doubt that the new local government system in Punjab will further strengthen democracy. Governor Punjab Chaudhry Mohammad Sarwar said that under the new system of local government, the government has strengthened mayors and the heads of important institutions have also been transferred under the new system. Under the Punjab Local Bodies Ordinance, local body elections in Punjab will be direct on party bases and a new era of development and prosperity will begin in cities and villages in Punjab and public issues will be resolved at their doorsteps.