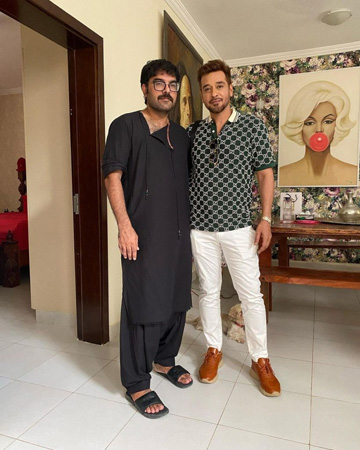 Faysal Qureshi is one of the most in-demand actors in Pakistan’s entertainment business.

He has become a household name as a result of his outstanding performances on television and the big screen.

Faysal Qureshi is adored by the media as well as his supporters. Fans of the actor can be found all over the world. With his hard work and passion for showbiz, he raises the bar for acting quality in the Pakistani entertainment business.

According to the host, Faysal has worked with a number of well-known actresses, but many of these top stars, particularly actresses, have ceased to appear on television in recent years. In response, the Qaid-e-Tanhai star stated, “Most actresses get married and are investing time in bringing up their children and some actresses working on sets are keeping a check on their kids. It is always difficult for girls because they have more responsibilities. We think that we run homes but actually it’s the ladies who do this job.”

“Nowadays, Iqra is not working just because of the same reason, on the other hand, Yasir is doing projects one after another”

Faysal used the example of Iqra Aziz, who he says is a wonderful actress, but we hardly see the Suno Chanda actress on TV after the birth of her son Kabir. As a result, her spouse, Yasir Hussain, is continuously working on new projects.