Encouraging one to expand their spectrum of conscious thought 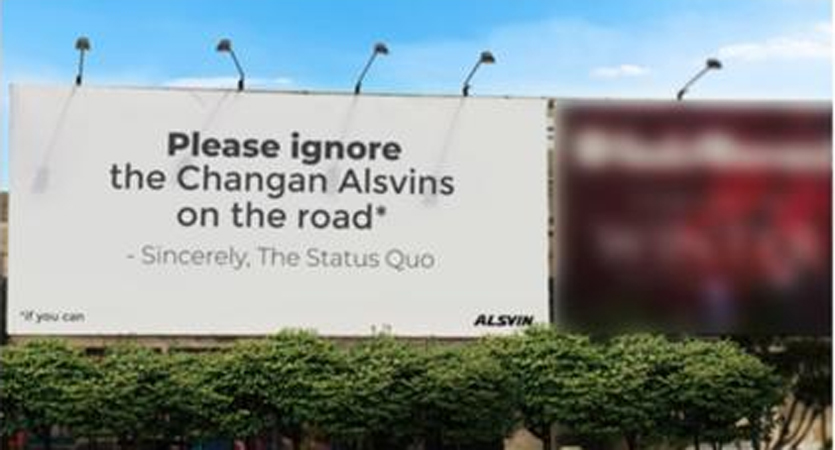 Master Changan has been moving up the ladder of the automotive industry with the innovative Alsvin, and a novel take on their marketing campaign. Since the Alsvin’s launch, the car has established its position as the frontrunner amongst sedans by truly defining what the term “smart sedan” represents. Apart from the Alsvin being the epitome of style and innovation, the campaign for the vehicle can go head-to-head with some of the most genius marketing campaigns ever created.

The most remarkable advertisement is the OOH (Out-Of-Home) board, which asks the commuter to not pay attention to the Alsvins on the road, but also states that it’ll not be an easy task to do so, as they haven’t seen a car like this on the roads of Pakistan.

The radio advertisement utilizes its uncertain nature, nearly appearing to be an Anti-Changan promotion right away, however once comprehended, individuals understand the cheerful idea and the snide discourse that is given from the impression of the actual vehicle. The promotion is depicted as a discussion, where the vehicle is obviously deterring everybody from following their dreams by saying that dreams are misrepresented and one should not be accepting of changes throughout everyday life, paying little mind to the idea of progress. The message is really to encourage one to expand their spectrum of conscious thought, thus motivating them to realize their dreams.

The TVC is a first for a vehicle commercial in Pakistan, using a car stunt which is called “Skiing” (two wheel side drive) with sublime editing and stunning visuals. This is matched with an extremely comprehensive message, which is simply what Alsvin is about. There hadn’t been any TVC in the country where a car consolidated stunts with immense adrenaline, until now. Moreover, the fact that the TVC does not use CGI is all the more commendable. The advertisement itself was made by Master Changan Motors and was shot in Turkey by German director Markus Roche.

The Alsvin comes in 3 variants, 1.37 manual, 1.5 DCT solace, and the first in class 1.5 Lumiere, which accompanies extra elements, like electric sunroof, heated side mirrors, TPMS, cruise control, intelligent start, the stop technology and an attractive price range which adds to the appeal. The bonnet tap test proves that the build quality of the Changan Alsvin is far superior than any of its competitors. The only difference between the Alsvin and its apparent competitors is the profusion of features that is present which speaks volumes about how intricate the vehicle is in reality as well as it’s affordability. This makes it apparent that Master Changan is pursuing a unique path for its products.

The outside sports an extravagant, yet elegant look and the inside of the vehicle reflects the same ideology. At the epicenter of the vehicle is the 7″ Human Machine Interface, which permits you to change an assortment of elements as per your preferences.

Master Changan has taken a unique route towards the promotion of its sedan. The mission spins around doing things differently and shifting from the norm, AKA breaking the status quo, according to a single individual’s perspective, and similarly as significant, the current dynamic of the auto business which has seen only several brands at the front line for a long while. A plethora of different posts has been shared on various media platforms, ranging from light-hearted teasers which throw shade at other brands’ marketing ideas, to motivational posts which are meant to portray the manifesto of the Alsvin, which is to #DriveYourDreams. 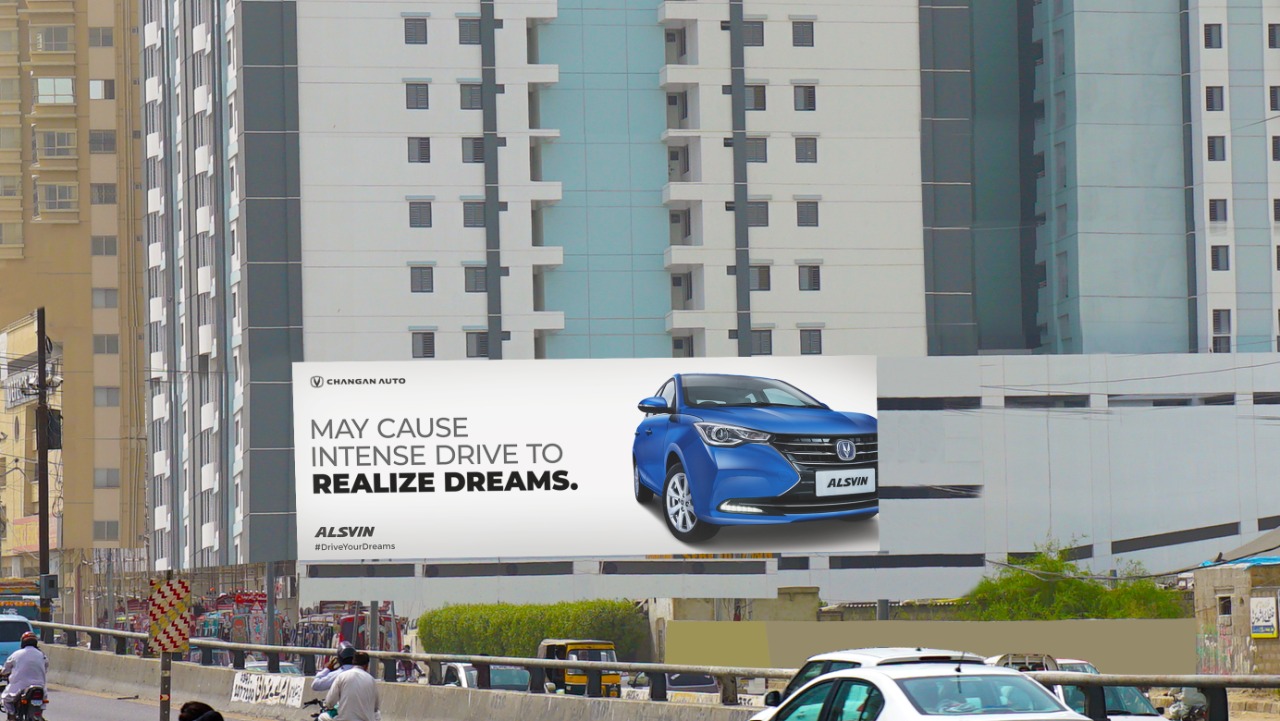 Simply put, the Changan Alsvin is not just about breaking the existing Status Quo; it is about creating your own path in life, writing your own story, and not following the herd, while achieving your dreams.

It is different to see a brand that has as of late entered the Pakistani market to embrace such a unique procedure towards its promotion. Such procedures have not been experienced in the industry, in any case, it shows the point of Master Changan to wreck the works for various manufacturers and separate itself to be novel in every viewpoint, whether or not it be their vehicles or publicizing enthusiasm.