Pakistan will play role for peace establishment in Afghanistan: PM 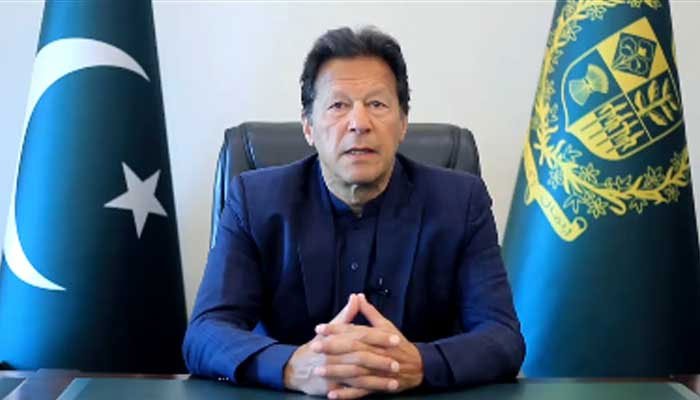 ISLAMABAD: On Thursday, Prime Minister Imran Khan asserted that Pakistan will play its role for the establishment of peace in Afghanistan as any humanitarian crisis will affect the whole region.

PM Imran Khan said that Pakistan needs think tanks for global issues. He said that the country had a standard planning commission in the 1960s.

“We should define ourselves instead of the world. The foreigners are unaware of our culture and history. I feel the lack of an effective response from our side when others run propaganda against our country that Pakistan is the most dangerous country.”

Highlighting the regional issues, PM Imran Khan urged that maximum endeavours should be made to find solutions to all issues through dialogues.

“We have tried our best to hold dialogues with India on the Kashmir dispute.” He added that India misunderstood the overtures of Pakistan as its weakness.

PM Khan said that it is an unfortunate fact that we are facing the RSS ideology and the people of India are unlucky for the happenings in their country. India will face severe consequences after declaring its 50 to 60 crore population as second-class citizens, he added.

He asserted that Pakistan will provide maximum assistance for the establishment of peace in Afghanistan.

PM Imran Khan said that the China-Pakistan Economic Corridor Project (CPEC) is a great opportunity for us and we are getting its benefits. He said that there is a cold war between the United States (US) and China.

The premier said that Pakistan wants to end the differences between both countries. He said that trade blocs have been created, however, Pakistan will not become part of the cold war.

While talking about the climate challenges, PM Khan said that the melting of Himalayan glaciers is faster than the Karakoram glaciers that will affect both Pakistan and India.

He called for joint efforts of Pakistan and India with regards to climate change besides resolving the issue of smog.