US-sponsored ‘Summit for Democracy’ will prove to be saboteur of democracy: China 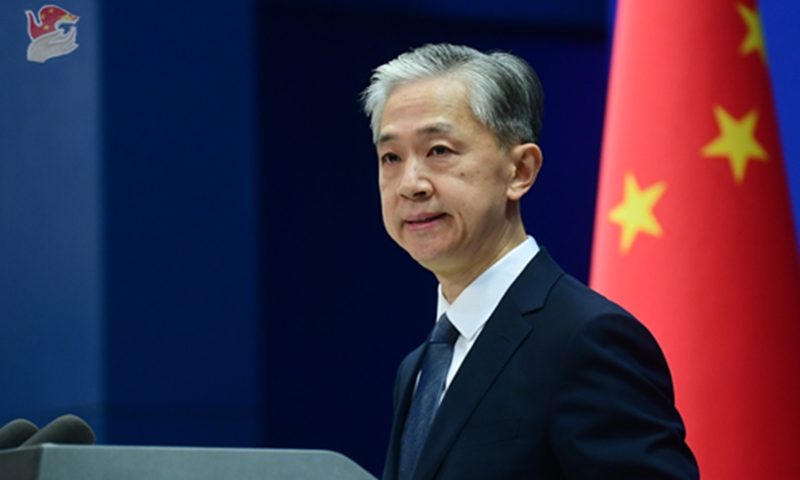 China has come down hard on the United States for holding ‘Summit for Democracy’, saying the US has no moral authority to judge whether the rest of the world is democratic or not.

“The US claims to be a champion of democracy and human rights, but has hidden its dark past and hypocrisy today. The US has no moral authority to judge whether the rest of the world is democratic or not,” Chinese Foreign Ministry Spokesperson Wang Wenbin told a regular press briefing. “Despite widespread opposition from the international community, the US obstinately continues to engage in political manipulation under the banner of democracy and claims it intends to host the summit with humility,” the spokesperson replied to a question.

The spokesperson also posed several questions on the US to answer. “The US puts together a summit in the name of democracy without consulting the international community or coordinating with the UN or other international bodies. Is this called humility?” he asked. “The US puts half of the world’s countries into a category of so-called non-democracies with its own yardstick. Is this called humility?” he further asked. “In the name of democracy, the US has launched military interventions in Afghanistan, Iraq, Libya, Syria and other countries, leading to hundreds of thousands of civilian deaths and displacing tens of millions. Instead of learning lessons and correcting its mistakes, the US has gone even further to instrumentalize and weaponize democracy, by openly convening this so-called Summit for Democracy to incite division and confrontation for its geopolitical strategy and gains. Is this called humility?” he asked. “No matter how the US glosses over itself, its true face of seeking hegemony under the guise of democracy has long been exposed to the world. The so-called Summit for Democracy will only go down in history as a manipulator and saboteur of democracy,” he maintained.

The spokesperson said the decision of Hungary to reject a common EU position on the summit shows that the US’ instigation of division and confrontation under the pretext of democracy finds no support and is met with widespread opposition from the international community. “Recently, Press Secretary for the President of Russia Dmitry Peskov said that Washington is trying to privatize the term “democracy”, and create new dividing lines by hosting a “Summit for Democracy”, which runs counter to the trend of today’s world. Cuban Foreign Minister Bruno Rodriguez said the selective convocation of a summit that claims to be about democracy is a sign of the US incapable of facing the discredit and isolation of its foreign policy in the international community. Scholars and media in Kenya and Rwanda and other African countries noted that only less than one third of countries in Africa are invited to the “Summit for Democracy”, which casts doubt on the true intention of the US,” he said. “Media in the Middle East including Al-Masry Al-Youm and Asharq Al-Awsat noted that the so-called “Summit for Democracy” is selective and considered a political review based on American values. It will only instigate division and confrontation, and the US democracy will do endless harm,” he concluded. News Desk