No military base offered to China in Gwadar, says Moeed Yusuf 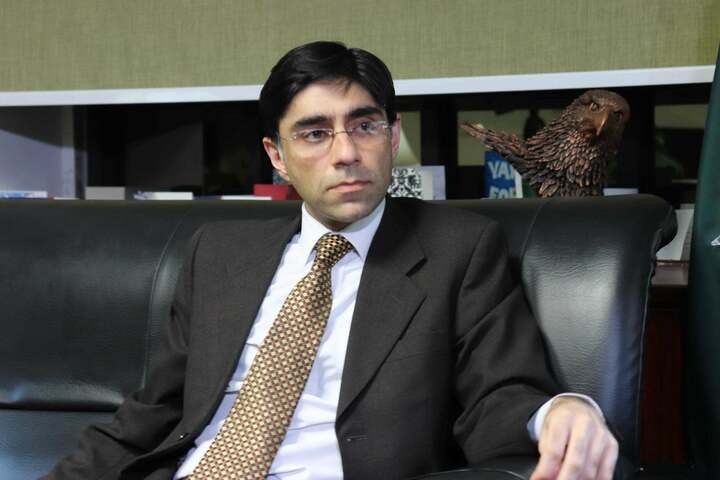 Pakistan National Security Advisor Dr Moeed Yusuf has said during an interview with Stephen Sackur for Hardtalk that Pakistan has not given not any military bases to China in Gwadar, Balochistan.

Dr Yusuf maintained that there are economic bases of China in Pakistan, where any country in the world can invest, adding that “the same were also offered to the United States, Russia and the Middle East.”

“We are open to all countries,” he added.

While talking about Pak-China relations, Yusuf asserted that Islamabad shares close friendship with Beijing. He once again assured that any country in the world can invest in the China-Pakistan Economic Corridor (CPEC) project since “we are not closed to anybody.”

Sackur asked Yusuf whether Pakistan had developed close ties with China at the cost of raising its voice for Muslims around the world, particularly those in Xinjiang.

“You raise your voice for Kashmiri Muslims but refuse to condemn the violation of human rights in a Chinese province,” he asked Yusuf.

The NSA responded by telling the interviewer that Pakistan does not agree with the Western version about the alleged atrocities being committed against Muslims in Xinjiang.

“We have relations of trust with China and our ambassador and other delegations from here also visited the Xinjiang province,” he observed, adding that if Western countries have a problem with China, they should talk to Beijing about it.

When the topic of discussion turned towards Kashmir, Yusuf said Pakistan will raise its voice for the oppressed since they were a part of Pakistan and not another foreign country.

“If there is a government of people who fought against America and other western countries, there are also 35 to 40 million people who have nothing to do with it,” he said, adding that millions in Afghanistan needed to be fed.

“There is huge pledged money which cannot get into Afghanistan. There are 19 channels, including the United Nations, which cannot function. How can people there be fed then?” he asked.