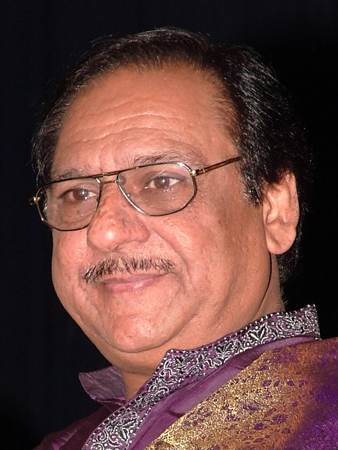 The 81st birthday of Ghazal maestro Ustad Ghulam Ali was observed on Sunday. Ghulam Ali is a Pakistan-based ghazal singer who belongs to Patiala Gharana. He opened his eyes on 5th Dec 1940 in Kalekay Nagra, British India.

Ghulam Ali started singing for Radio Pakistan, Lahore in 1960. Along with singing ghazals, Ghulam Ali composed music for his ghazals.

His compositions are raga-based and sometimes include a scientific mixture of ragas.

He is known for blending gharana-gaayaki into ghazal and this gives his singing the capability to touch people’s hearts.

Though from Pakistan, Ghulam Ali remains as popular in India as in Pakistan. Asha Bhosle has done joint music albums with him.

He was introduced to Hindi cinema with a Hindi film song Chupke Chupke Raat Din written by the poet Hasrat Mohani in BR Chopra’s film, Nikaah.

Other popular ghazals include Hungama Hai Kyon Barpa and Awaargi. He tends to select the ghazals of famous poets.

Those songs were written by King Mahendra of Nepal. These songs were compiled in an album entitled Narayan Gopal, Ghulam Ali Ra Ma, and are popular among Nepali music lovers to this day.

One of his memorable concerts was at the Taj Mahal. In February 2013, the maestro became the first person to receive the Bade Ghulam Ali Khan award. He also got the first Swaralaya Global Legend Award at Trivandrum, Kerala, India.

Ghulam Ali was also the singer of choice for His late Majesty the king of Nepal Mahendra Birbikram Shah Dev.