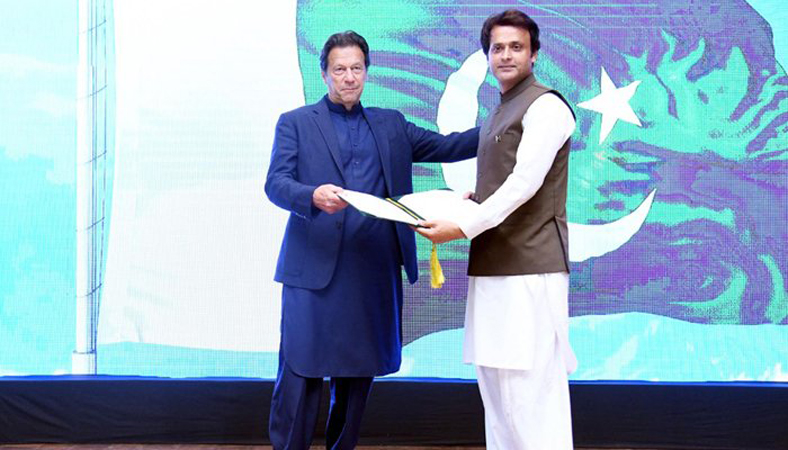 Prime Minister Imran Khan Tuesday said anyone found involved in cruelty by using religion, especially the name of Prophet Muhammad (Peace Be Upon Him), will not be spared.

“The message of Holy Prophet (PBUH), who was declared by Allah Almighty as Rehmatul-Lil-Alameen, is based on humanity and justice,” he said while addressing a condolence reference held here at the PM Office to express solidarity with the family of Priyantha Kumara, who was lynched by a mob in Sialkot last Friday, as well as the government and people of Sri Lanka.

Imran said the message of humanity and justice given by the Holy Prophet (PBUH) was the characteristics of a human society as against the inhumane world where rules like “might is right” and “survival of the fittest” were applied.

Imran also awarded Malik Adnan – the person who tried to save the Sri Lankan factory manager from the mob attack during the ‘shameful’ Sialkot incident – with a certificate of appreciation and said Malik Adnan had made the whole county and nation proud. The condolence was attended among others by the Sri Lankan high commissioner to Pakistan, federal ministers, Members of Parliament, Ulema, artists and civil society representatives.

Imran said Prophet (PBUH), who united the people, including the warring Arab tribes, spread the message of Islam through love and peace and not through the sword. 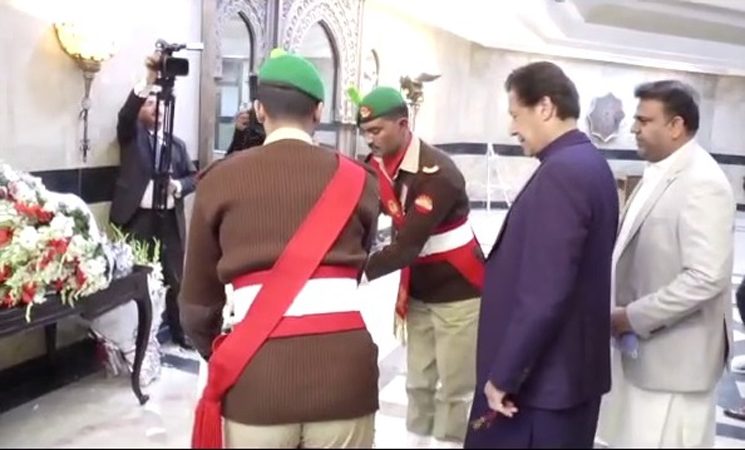 “People here are killed in the name of religion and use the name of Prophet (PBUH)”, he mentioned and regretted that when someone was accused of something [like the Sialkot incident], even lawyers and judges hesitate to plead or hear such a case. The prime minister, however, maintained that after the tragic Peshawar Army Public School (APS) incident in December 2014, the whole country united against extremism and terrorism and the war against terrorism was won.

“Now the whole of Pakistan has decided that Sialkot-like incidents should not be repeated,” he stressed. The prime minister told the gathering that the traders of Sialkot had collected $100,000 for the family of late Priyantha Kumara and salary of the late Sri Lanka citizen will also be regularly paid to his family.

Imran Khan mentioned his decision of establishing Rehmatul-lil-Alameen Authority and said its objective was to gather religious scholars at one platform and make the country’s youth fully aware of the life and achievements of Prophet (PBUH).

“All of us are the lovers of Holy Prophet (PBUH). But we have to prove it by following and adopting his way of life. For that purpose, we have to read history, his life and Seerat and hold debates at colleges,” he added.

The prime minister said that people, especially the youth, were required to know why Allah Almighty declared Holy Prophet (PBUH) as His “Beloved” and why Michael Hart, an American author, kept the Holy Prophet (PBUH) at number one in the list of 100 most influential persons in history.

Regretting that how people in Pakistan were used to giving “edicts of infidelity”, Imran Khan mentioned that once the holy Prophet (PBUH) showed his anger and did not talk with a Sahabi, who killed an infidel in a holy war even after he (the infidel) recited Kalma Tayyaba.

Describing the Sialkot incident as “shameful”, he said Pakistan was the only country in the world which was created in the name of Islam.

“I am receiving a lot of messages from the overseas Pakistanis, who feel ashamed of the Sialkot incident,” he remarked.

The prime minister said 9 million expats had to face embarrassment after such incidents in their homeland, which was created in the name of Islam.

Imran Khan paid tribute to Malik Adnan and said his brave action and effort to save Priyantha Kumara had strengthened the confidence of people in humanity.

“You (Malik Adnan) will Insha Allah be rewarded with Tamgha-e-Shujaat on March 23,” he added.

The prime minister while mentioning an English quotation “one moral man is an army” said moral strength was more powerful that the physical strength.

He said Malik Adnan, who stood before the mob to save the Sri Lankan citizen and even risked his own life, had made the nation proud and was a role model for others.

The premier also talked about people who were falsely accused of blasphemy and sent to jail.

“Some people are falsely accused of blasphemy and are thrown in jail to rot, as neither any lawyer, nor any judge, wants to support them. This kind of [sham justice] cannot be found in any humanitarian society of the world.”

At the end of his speech, the premier reiterated, “As long as I am alive, I will not allow incidents like the Sialkot lynching to happen again.”