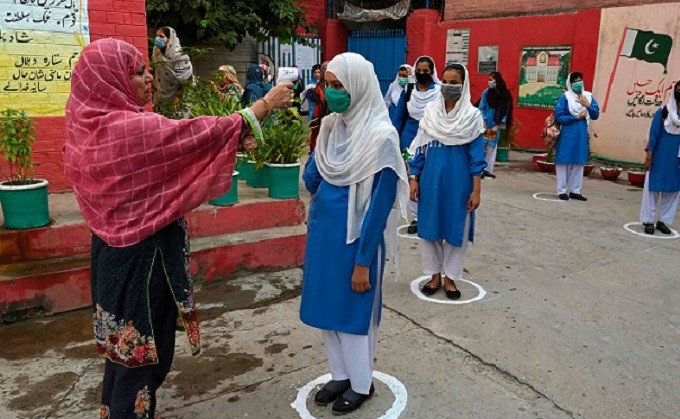 Speaking on the occasion, he said that students learn from the role of teachers and they should teach truth and justice to the future generation.

The minister further said that they have discussed four-year formula to resolve the teacher’s community issues with Chief Minister KPK and the Provincial Minister of Finance, Pakistan Tehreek-e-Insaf (PTI) government would settle this problem.

He said that teachers should promise to perform the duty that has been assigned to them and teach the children of this nation as their own children, adding that to facilitate the teachers PTI government has already increased their salaries.

The minister said that they were trying that no child in the province would be left without a teacher in the class. He added that the government was providing full support to the teacher’s community in every field while the education department in K-P is taking all possible steps for the children. He said that a new transfer system for teachers has been established.