Fazl out to derail system to get political leverage

* Fawad says Nawaz, Maryam supporting JUI-F chief as all of them are not part of system 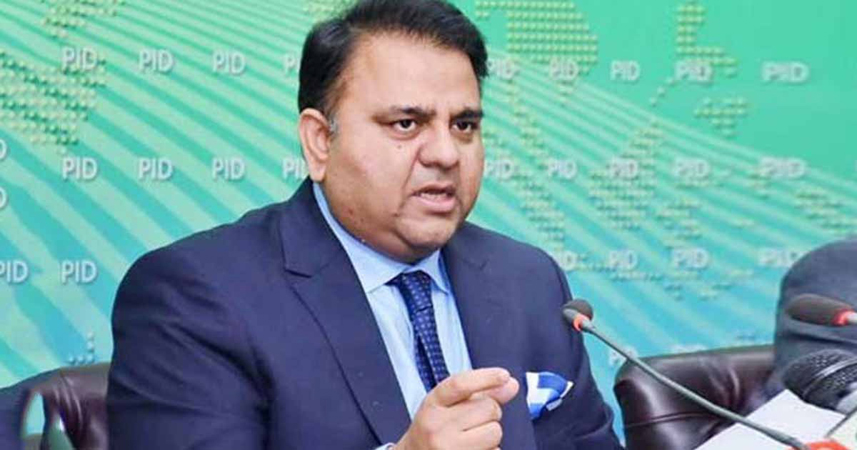 “March 23 is the most important day for the people of Pakistan. The day is meant for uniting the nation, not to divide [them],” the minister said while talking to the media after PDM announced an anti-inflation march on the Pakistan Day.

Fawad believed that the PDM’s date and policy for the march was not final. Maulana had a track record of changing his policies in the past, he added.

The opposition had every right to launch the march and hold discussion on inflation, but there had been some reservations over behavior of Maulana Fazlur Rehman who wanted to derail the system so that he could get some political leverage, he said, expressing hope that the date would be changed.

“Have some courage Maulana Fazlur Rehman and look to your right and left, there is no one with you as you are alone [in this altogether],” he added.

He expressed the hope that the parties in the alliance (PDM) would have questioned ‘irresponsible’ statement of JUI Amir on the Sialkot incident who had tried to justify this tragedy with an irresponsible statement.

Meanwhile, Minister for Interior Sheikh Rashid Ahmed called the PDM’s decision to call a march on Pakistan Day an “extremely irresponsible and immoral” move. “Pakistan’s armed forces stage a national parade on March 23 which is attended by citizens, ambassadors and various delegates,” he said in a series of tweets.

The minister said that Islamabad was on high alert for the parade, adding that some roads were closed two or three days in advance in order to prepare. He said that announcing a march at such a time was not a sign of goodwill towards the country. He also advised the PDM to move the demonstration to April.