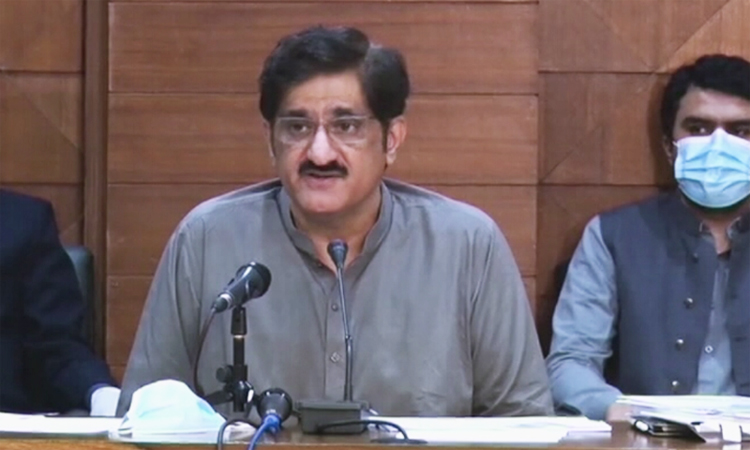 Sindh Chief Minister Syed Murad Ali Shah on Monday said that his government was ready to talk to the opposition on the Local Bodies bill. He said that they were committed to strengthening the local bodies in spite of the opposition’s politics of forming an alliance and filing cases. The CM said, ‘Let them do what they want’ He stated this while talking to the media just after inaugurating the newly constructed building of My Home Al Mustafa Trust Orphanage in Korangi.

Replying to a question, he said that Local Government Minister Syed Nasir Shah had discussed amendments with the opposition parties before presenting it to the Cabinet and in the Assembly.

‘It was the opposition’s proposal that towns have been created in the city in place of DMCs and now they have started playing politics.’ he said adding, “We are ready to talk to the opposition if they have some solid suggestions to strengthen the local bodies’ law. The Chief Minster said that the educational institutions and health facilities have been taken away from the local bodies because they have failed to run them an adequate manner and in the public interest. He said that they have given them the entire public health, all the municipal functions and representation in other civic agencies.

To a question about the proposed ordinance for regularization of illegal construction, CM Syed Murad Ali Shah said that it was aimed at protecting the investment of the poor people, who purchase apartments in a building. ‘If a builder builds a building in violation of rules and regulations, he should be penalized instead of penalizing the residents allotted the residences,’ he said. Replying to another question, Murad Ali Shah said that former President Asif Zardari and Chairman PPP Bilawal Bhutto Zardari has strengthened the party in Punjab. ‘Our votes have increased by seven times from 5,000 in 2018 to 32,000 while the vote bank of the PML-N has decreased from 90,000 to 42,000,’ he added that the PPP would show a powerful comeback in the Punjab in the next elections.

Earlier, Sindh Chief Minister Syed Murad Ali Shah while addressing the inauguration ceremony of My Home Al Mustafa Orphanage invited all the children living there to the CM house to have lunch with him. He said, ‘You are our future and we would support you and groom you for future leadership.’ The Chief Minister unveiled a plaque to inaugurate the new building of the orphanage. He also visited the old age home and met with the senior citizens and interacted with them.