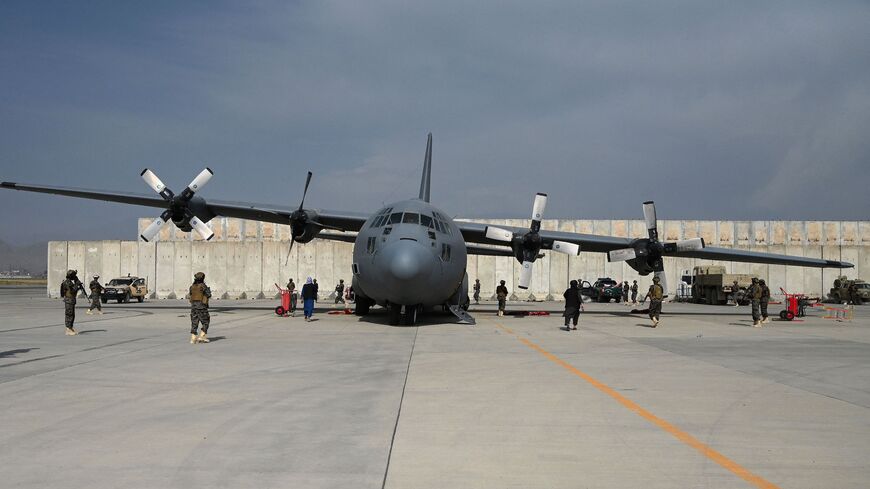 Turkey and Qatar on Monday raised the possibility of jointly operating Afghanistan’s Taliban-controlled airport, as President Recep Tayyip Erdogan set off for two days of talks in Doha.

Afghans and foreign nationals fled the country through the facility as the hardline Islamist movement took power in August following two decades of war. But many are still seeking to flee the conflict-scarred nation, which is facing the threat of winter food shortages and economic collapse.

“We are going to act together,” Turkish Foreign Minister Mevlut Cavusoglu told a joint press briefing with his Qatari counterpart ahead of Erdogan’s arrival. “Qatar and Turkey are continuously working with the interim government in Afghanistan to reach an agreement to open the airport (so it can function) normally,” Qatari Foreign Minister Sheikh Mohammed bin Abdulrahman Al-Thani added.

Erdogan’s visit comes as Turkey seeks to rebuild relations with former rivals in the energy-rich Gulf region, including the United Arab Emirates, whose crown prince last month visited Turkey for the first time since 2012. Simmering tensions between Ankara and its Gulf rivals escalated after a Saudi Arabia-led blockade on Qatar by Arab countries in 2017.

Ankara backed Qatar in the dispute, and the two countries have grown closer ever since. Erdogan, whose country is reeling from a fresh economic crisis and is searching foreign investment and trade, said he wanted to use the trip to foster closer relations with all Gulf states.