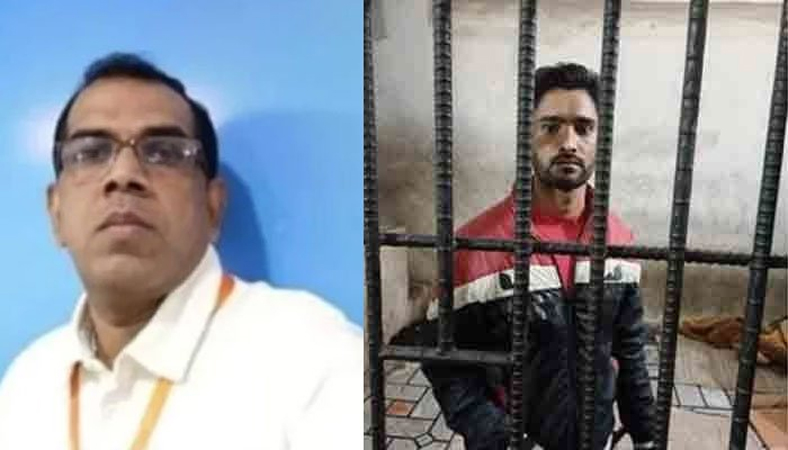 Police has arrested six more suspects in connection with the lynching of Sri Lankan factory manager Diyawadanage Don Nandasri Priyantha in Sialkot. A total of 124 suspects, including 19 key suspects, have been arrested so far.

They were produced in the court of Judge Zarif Ahmed amid tight security. They were traced using CCTV footage and mobile phone data. They were hiding at the homes of their friends and relatives. Police said out of 124 people arrested, 19 played central role in the brutal killing.

A day earlier, the Punjab government had sent an initial investigation report on the tragedy to Prime Minister Imran Khan.

As per the report, a dispute emerged when Kumara removed some posters from the walls of the factory at 10:28am. The posters were reportedly inscribed with the name of the Holy Prophet (PBUH).

Shortly after, the factory owner reached the spot and resolved the issue. Kumara apologized for the misunderstanding on his part. After Kumara made the apology, the matter was reportedly considered settled and the factory workers dispersed. However, some workers then incited their colleagues to attack the manager.

Within a few minutes, a mob formed and attacked the victim at the factory, located on Sialkot’s Wazirabad Road, killing him on the sport. A total of 13 security guards were around but none of them tried to rescue the victim or disperse the mob, says the report. Kumara’s body was later dragged outside the factory.

Police received a phone call at 11:28am about the incident. A police party reached the site within 12 minutes. The wife of Diyawadana Priyantha pleaded for justice for her slain husband from both Pakistani and Sri Lankan leaders, Sri Lankan news outlet Newswire reported. “I got to know about the brutal murder of my husband from the news. Later, I saw this on the internet as well. He was a very innocent man,” she said, talking to reporters from BBC Sinhala.

“I request leaders of Sri Lanka and Pakistan to do justice for my husband and two children, by bringing the perpetrators to justice,” she said.

The deceased’s brother said Priyantha had been working in the Sialkot factory since 2012. The FIR was registered against 900 workers of Rajco Industries on the application of Uggoki Station House Officer (SHO) Armaghan Maqt under Sections 302, 297, 201, 427, 431, 157, 149 of the Pakistan Penal Code and 7 and 11WW of the Anti-Terrorism Act.

The applicant admitted that the protesters had slapped, kicked, punched and hit Kumara with sticks in his presence, and dragged him out of the factory on Wazirabad Road where he died.

They then set the body on fire. The SHO said he was helpless in front of the mob owing to shortage of personnel.
District Police Officer (DPO) Omar Saeed Malik said raids were still being carried out to arrest more suspects.
Buzdar said the investigation was being taken forward in a scientific manner. He also directed the prosecution secretary to follow the case.
Meanwhile, Federal Minister for Maritime Affairs Syed Ali Haider Zaidi Sunday said more than 100 suspects, including the main accused, had been arrested in the Sialkot incident.
Chatting with a passenger at the Jinnah International Airport in Karachi, the minister severely condemned the incident, as it had brought a bad name to the country. Ali Zaidi said many violent incidents were taking place in India against the Muslims and Indian government was backing the culprits instead of taking action against them. He asked why the international media was silent over oppression going on in India.

Meanwhile, Prime Minister Imran Khan Sunday announced that the man who tried to save the Sri Lankan national will be awarded with Tamgha-i-Shujaat.

“On behalf of the nation, I want to salute moral courage & bravery of Malik Adnan who tried his utmost to shelter & save Priyantha Diyawadana from the vigilante mob in Sialkot, [including] endangering his own life by physically trying to shield the victim. We will award him Tamgha-i-Shujaat,” the premier wrote on Twitter.

Malik Adnan tried to save his colleague Priyantha as the mob thrashed him. He formed a protective shield over him with his own body and bore the beating for a while but was unable to continue putting up resistance after a point. After Priyantha was killed, another man, wearing a black jacket, could be seen joining his palms together and pleading to the mob to spare the body and not set it on fire. But he was tossed aside by the vicious crowd.