Abandoning Afghanistan to be a grave mistake: governor 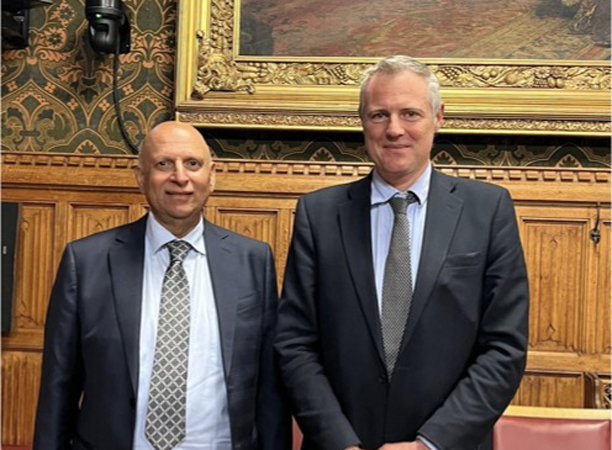 Punjab Governor Chaudhry Sarwar said on Sunday that abandoning Afghanistan in the current context would be a grave mistake that would have dire consequences.

According to a spokesman for Governor’s House here, Ch Sarwar expressed these views in his meeting with British Minister Zac Goldsmith in London while discussing Pak-UK relations, the current situation in Afghanistan and the region, among other issues. “If the important issue of Afghanistan is not addressed, a humanitarian crisis can arise there and it will become hard to control,” he added.

He said the whole world including the United Kingdom, must support Afghans unconditionally. “A strong and stable Afghanistan is in the interest of the whole world, not just Pakistan and the region,” he added.

Governor Mohammad Sarwar also briefed the British minister on the economic and other issues facing the people of Afghanistan and the steps being taken by Pakistan for Afghan peace process.

The governor said that meeting of the OIC Council of foreign ministers on Afghanistan’s one-point agenda will be held in Pakistan. “It is now the responsibility of the whole world including the Muslim Ummah to play its role in providing basic amenities to the people there and protecting humanity, instead of pursuing a policy of ignoring the issue of Afghanistan,” he added. He said the world needs to understand that if this important issue of Afghanistan is not addressed, there could be a humanitarian crisis, just as there could be an economic crisis if food is not provided on time.

Ch Sarwar said that due to the lack of financial resources of the Afghan leadership, problems such as food shortages were on the rise. He feared that 22.8 million Afghans could suffer from malnutrition if the action was not taken in time, asserting that leaving Afghanistan alone in the current context would be a huge mistake. Therefore, it was imperative that the world to take notice of the current situation in Afghanistan and provide full support to the Afghan leadership to provide basic services to the people there so that any major crisis can be avoided.