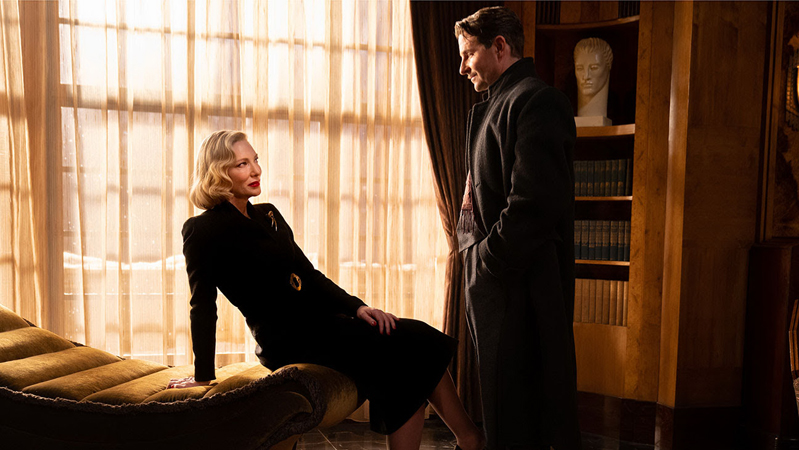 The first half of Nightmare Alley, Guillermo del Toro’s blood-dark jewel of an American saga, is set within the itinerant subculture of carnies, at the tail end of the Great Depression. “Folks here, they don’t make no never mind who you are or what you done,” Willem Dafoe’s carnival barker assures a newbie, Stanton Carlisle. That’s good news for Stan, who’s played by Bradley Cooper with an inscrutable chill, and who has drifted into the carnival after a long bus ride from some things he’d rather forget. Shifting gears after the Cold War romantic fantasy The Shape of Water, del Toro burrows deep into the margins, both low and high, with his new film. His adaptation, with co-writer Kim Morgan, of William Lindsay Gresham’s novel Nightmare Alley is a more expansive version than the first film iteration of the book, a 1947 black-and-white feature that’s one of the most distinctive noirs ever made. Tyrone Power spearheaded that project, determined to leave behind the light adventure fare he was identified with and delve into more complex territory, and he delivered his finest screen performance.