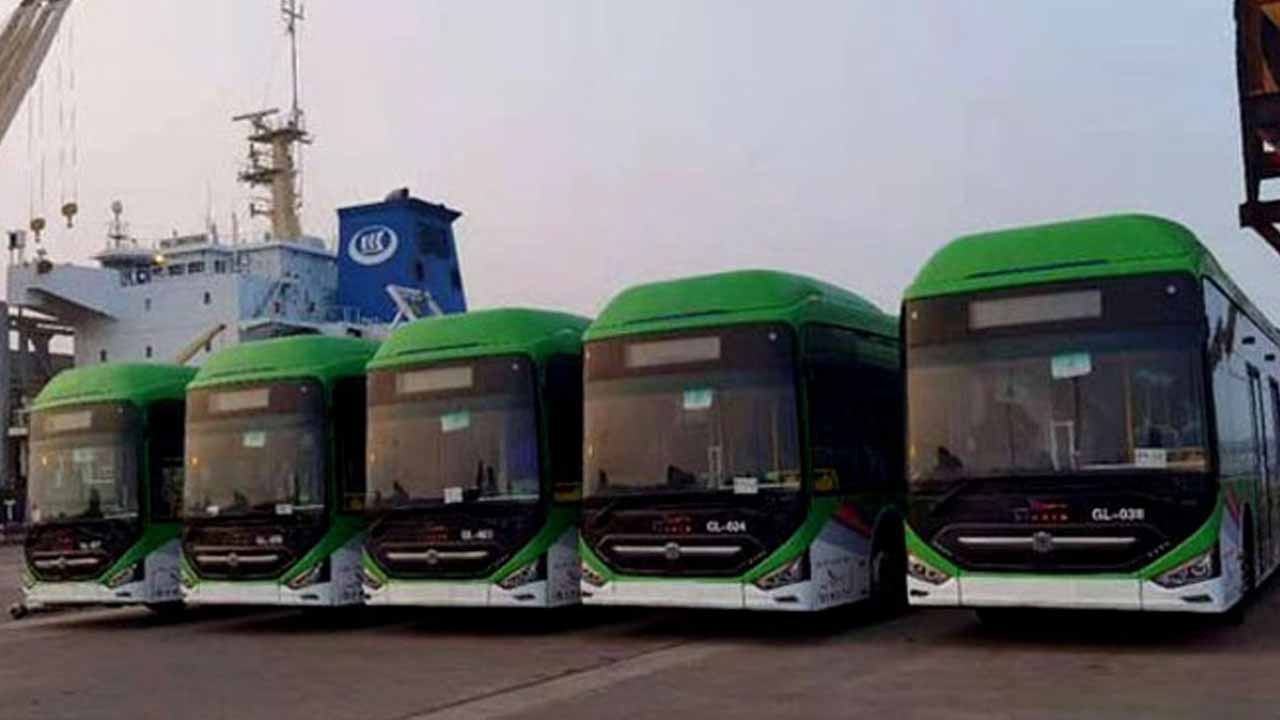 ISLAMABAD: Federal Minister for Planning, Development and Special Initiatives Asad Umar on Sunday announced that Prime Minister Imran Khan will inaugurate the Green Line Bus Rapid Transit (BRT) project for Karachi on December 10.  Last Sunday, the planning minister had claimed that the long-awaited BRT project would be ready for trial operations in Karachi in the “next 10 days”. Following the trial operations of around two weeks, the Green Line bus service will start its commercial operations from December 25, he had said.

Later in the day, Umar, while addressing a PTI workers’ convention in Karachi, said that the PTI-led government will resolve Karachi’s transport issues as he announced that PM Khan will inaugurate the project in Karachi in two weeks.

He said that “Karachi’s journey towards development has started”. The Greenline BRT project had started back in 2016 by former prime minister Nawaz Sharif, who had aimed to complete the project within one year. However, due to various reasons, the project remained incomplete.

Earlier, on September 19, public transport in Karachi got closer to getting a much-needed boost as a cargo ship carrying the Green Line Bus Rapid Transit (BRT) project buses had entered Pakistani territory. The 18-meter-long buses have 40 seats and can accommodate 140 people at a time. The imported vehicles are of Euro 3 standards that means that the carbon monoxide emissions from the buses are reduced.

The hybrid vehicles will be run on batteries and diesel. They have a special ramp for people with disabilities and the seats installed in them have dual space. The government is planning on training 200 men and women to operate the buses, Shah Zaman, the country head of the vehicle company, said. Bus rapid transit allows buses to rapidly move in a corridor dedicated to them. This strip or corridor is set aside for them in the middle of wide roads. This allows the stream of buses to move up and down without getting ensnared in regular traffic.