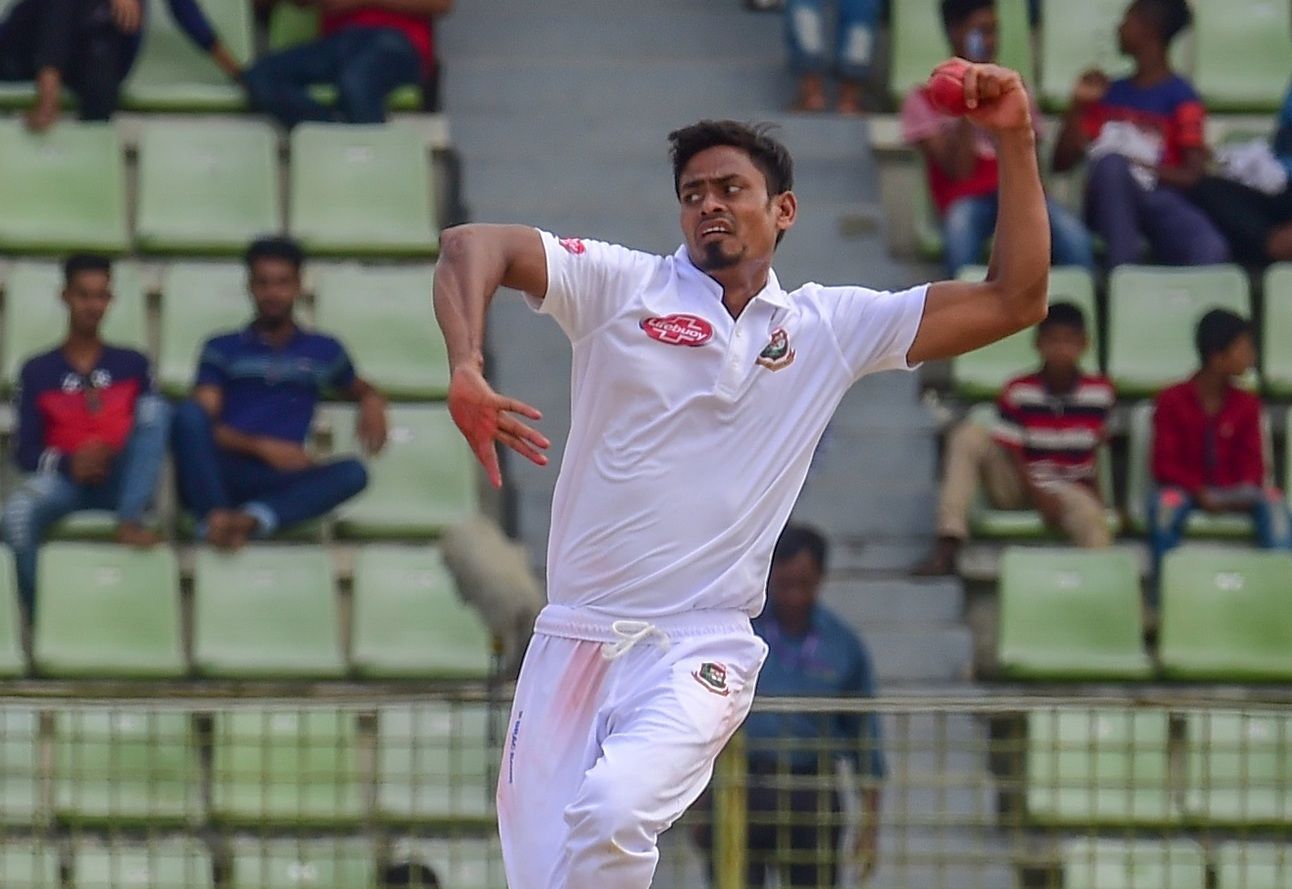 The visitors elected to bat and reached 78-2 at lunch on the first day, with Azhar Ali batting on six alongside skipper Babar Azam, eight not out, at the break.

Taijul ended a 59-run opening partnership when he bowled Abdullah Shafique for 25 runs through the gate before Abid Ali chopped one onto his stumps after knocking up 39 runs.

Ali and Shafique, who put on 146 and 151 runs in two innings of the first Test in Chittagong, looked confident as they successfully negotiated the new ball under slightly overcast conditions.

Ali, the man of the match in the first Test, dominated the bowlers, hitting six boundaries.
Shafique also showed aggression, hoisting Taijul for the only six of the morning before the spinners forced Pakistan to slow down.

Taijul could have dismissed Azhar if the third umpire had not given him the benefit of the doubt.
Bangladesh reviewed the not out call from the on-field umpire and with the ultra-edge showing an inconclusive touch of the ball to bat, the decision could not be overturned.

Pakistan lead the two-Test series 1-0 after winning the first Test by eight wickets.
The visitors fielded an unchanged squad from the first Test while Bangladesh handed Mahmudul Hasan a Test debut and brought in Shakib Al Hasan and Khaled Ahmed in three changes to the team.
Saif Hassan, Yasir Ali and Abu Jayed were dropped from the opening Test.

Pakistan are in the second spot on the ICC World Test Championship standings, while Bangladesh are languishing at the bottom. A win in the second Test will not only help them save face but also catapult them in the middle of the table.