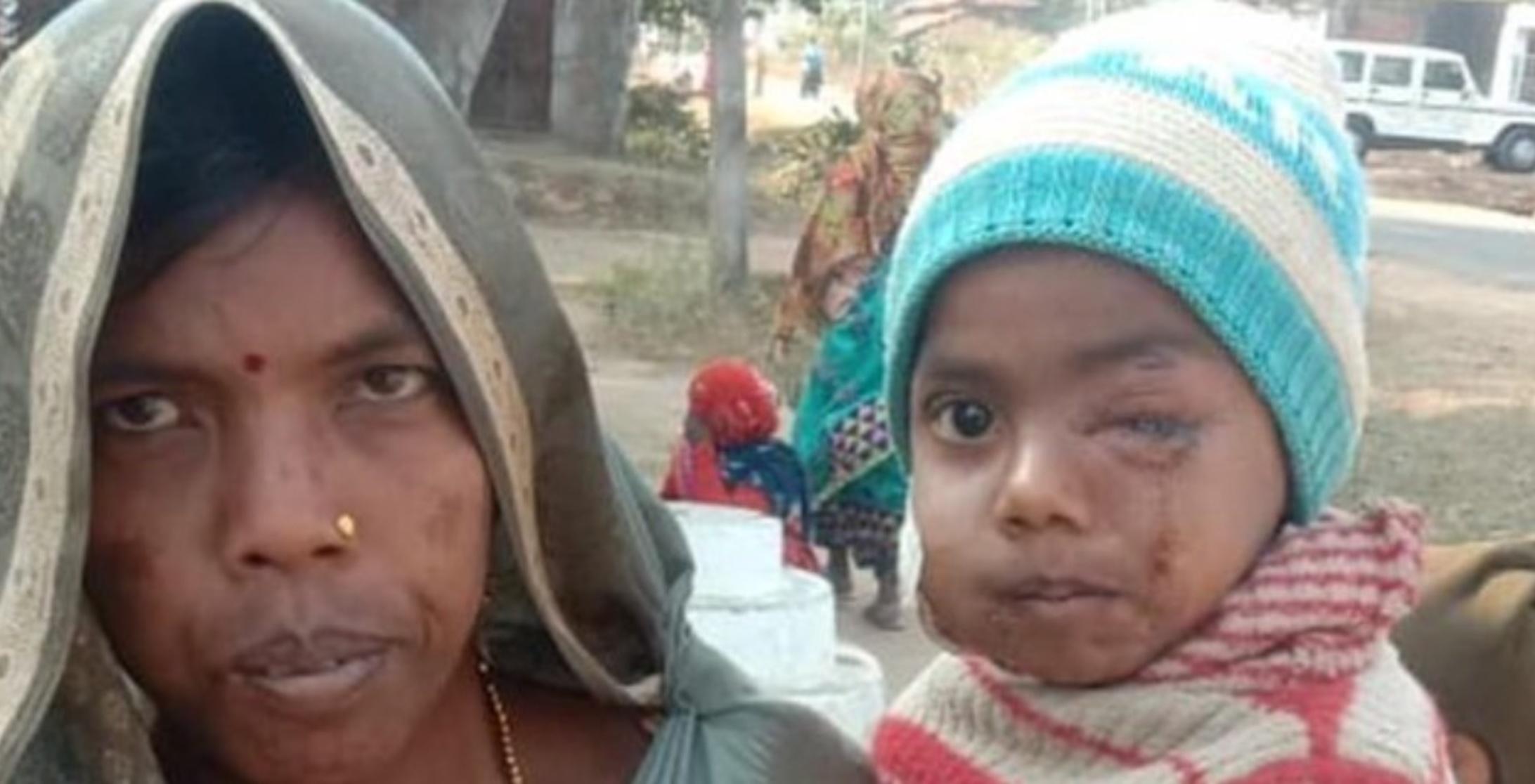 A mother has shown exemplary courage and bravery to save her son by fighting a leopard with bare hands who had been taken away by the wild cat.

The incident took place in Badi Jharia village of India’s Madhya Pradesh in the buffer zone of the Sanjay Tiger Reserve where a leopard attacked a child and took him away to the forest when she was sitting beside a fire with her three children on Sunday night.

The mother, Kiran from a Baiga tribe, kept her cool and confined her other children inside her hut. She ran towards the forest for about a kilometre to save her son’s life from the leopard’s claws. She kept trying to scare away the wild cat with a stick who was taking cover in the bushes.

She fought the leopard with her hands and managed to snatch her son from the wild cat’s claws despite being attacked. The tribal woman and her son suffered wounds in this dangerous fight.

The courageous act of the tribal woman was appreciated by the forest department officials and the state’s chief minister.

The tiger reserve’s director said that the animal probably got scared with the woman’s courage and left the child. When she was taking her son back in her arms, the leopard attacked her but she overpowered the big cat with her valour.