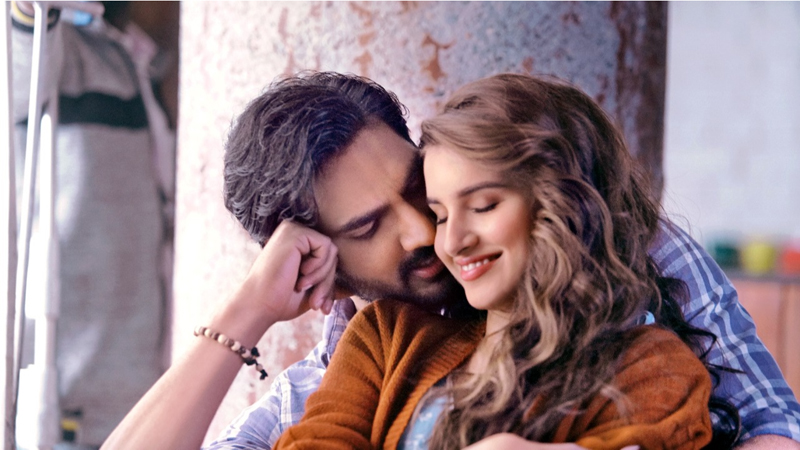 A love story about a man spurned, scorned and left to suffer, Tadap, directed by Milan Luthria and written by Rajat Arora, is strewn with the cliches of the genre.

It does not have a single original sleight. But that is the least of the film’s drawbacks. Scratch the prettified surface and what you find is a misogynistic rant masquerading as a movie.

Tadap, a remake of the 2018 Telugu film RX 100, is crammed with musical set pieces, romance detours, action sequences and picturesque locations. But everything that it packs into its two hours and a bit is completely overshadowed by its celebration of misguided masculinity.

The male protagonist, a rough-hewn youngster who does not believe in taking no for an answer, falls head over heels in love with an MLA’s daughter and finds out the hard way that the stirrings of passion do not always lead to a bed of roses.

The male protagonist, Ishana, is played passably well by newcomer Ahan Shetty, who exudes both toughness and vulnerability. The screenplay isn’t an ally of his, nor of the lead actress Tara Sutaria. Shetty’s chemistry with Sutaria, cast as the comely Ramisa who sweeps the hero off his feet, isn’t red-hot.

The romance between the two youngsters takes up a large chunk of Tadap. It does not exactly leave us yearning for more. The boy has people around him to lend him a shoulder when he needs to cry. The girl has nobody to share her inner urges with. Her dad is too aloof to be a reliable sounding board. 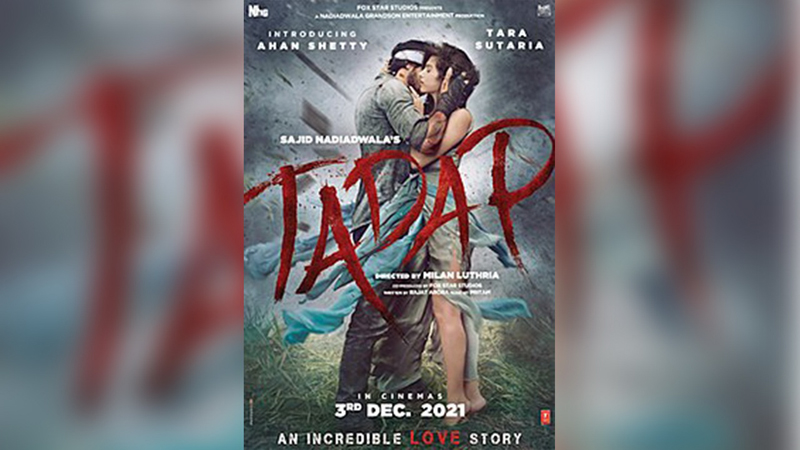 Tadap is an out-and-out male-dominated film. Ramisa is the first woman that Ishana, an orphan raised by a movie hall owner who is called Daddy by the entire town, encounters. The boy is from Landour, the girl from London. The latter makes all the key moves – from the first hug to the first tentative kiss – and Ishana, more brawn than brain, is swept up in the first flush of love.

That is where the girl’s agency ends. The boy, after a roll on a mattress laid out before a fireplace, presumes that he owns the woman and that nobody, not even her dad Damodar Nautiyal can come in between him and her. The MLA lets his goons and the local policemen loose on Ishana. It is all downhill from here. Not that Tadap begins on a particularly high note.

A man alights from a bus in Mussoorie. Ishana attacks him and breaks his arm. Turns out that the roughed-up man is an aide of the MLA. The politician, at his wit’s end, looks for ways to cut his one-time buddy Daddy and his foster son down to size. Matters come to a head when Damodar espies his daughter in a passionate cinch with Ishana in the dead of night.

In keeping with movies of this nature, where the intensity of love is sought to be expressed through the force of mindless violence, the errant guy gets mercilessly bashed up a few times and left bruised and bloodied. But since he is the hero, he gets his own back often enough. Tadap is the sort of film in which much more thought goes into the no-holds-barred action sequences than into the story as a whole.

Ishana has a confidante in a childhood chum who watches helplessly as the young man sinks into a deep sulk when he is thwarted in love. He goes hell for leather to get the girl back. The film unfolds on predictable lines. It conceals only one big surprise that is thrown at the audience in the climactic moments.

The boy pines in vain. Much of his plight is of his own making. But Tadap would have us believe that he is more sinned against than sinning. It seeks to put all the blame at the girl’s door because she dares to do what her heart wants. Continuous to-ing and fro-ing happen as Ishana dangles between desire and despair and Ramisa takes control. It does not take long for the plot to run out of steam.

With Tadap filmed entirely in the hills of Uttarakhand, it is easy for cinematographer Ragul Dharuman to deliver a string of beautiful images. They are barely enough to offset the holes that riddled a plot that goes from the inexplicable – it conjures up Goa vibes on the banks of a mountain river simply because it is time to unleash a dance number – to the silly – the lovers exchange sweet nothings on a full moon night and think nothing of making a spectacle of it.

In one of the early scenes involving Ishana and Ramisa, the former is ordered to sort out the book collection of the latter’s granny. The range of the titles on the table is surprising – from Mohan Rakesh and Habib Tanvir to Surendra Mohan Pathak and Ved Prakash Sharma. Tadap, of course, does not have even a nodding acquaintance with the spirit of the former duo. Excess is its strong suit.

Tadap is easier on the eye and the ear when the Saurabh Shukla and Kumud Mishra are on the screen. The former plays a voluble man who believes in taking life as it comes. The latter, essaying the quieter of the two men, is the perfect foil for the lively Shukla. Mishra is staid, measured and to the point.

Ahan Shetty exudes cherubic energy even as he wants to be accepted as a pugnacious hunk. It is a tall order but he does not give up. Tara Sutaria, saddled with a poorly written role, is swamped out by a script that unfavourably disposed towards her. All it wants her to be is fetching, which she is, and bear the brunt of the whims of her father and her lover.

After spending one long night together, one of the lovers says to the other: “Raat gayi par yaad nahi jayegi, it was very special.” Nurture no such hopes from Tadap. There is nothing special in the film. It is as stale and forgettable as they come.