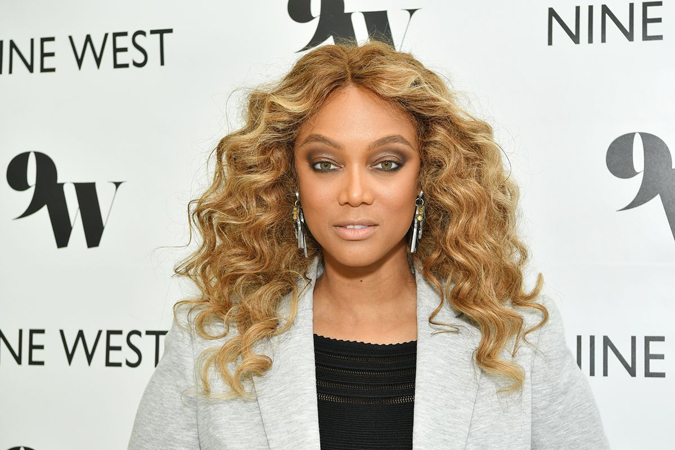 Tyra Banks has found herself in hot water once again over America’s Next Top Model. This time, the former judge and executive producer of the long-running competition series has come under fire for allegedly paying contestants $40 a day.

On Monday, Nov. 29, Sarah Hartshorne, who competed on the show during 2007’s cycle nine, alleged on Twitter that she and the other contestants were given “$40 a day, no residuals, and we had to pay for food.”

The allegation first erupted on the social media platform after a Twitter user discussed the models’ paychecks in a now-viral post.

Many reacted to the claims, with one Twitter user commenting, “Tyra banks was sending them girls home with their hair cut off on #antm and only making $40 a episode.”

“Y’all so Tyra banks was really only paying those girls $40/day. thats worse than minimum wage!” another person wrote, with someone else adding, “I mean the chance at winning and exposure is there but d–n … Cover food at least lol them folks were getting a perdeim [sic] lol.”

E! News has reached out to Tyra and ANTM for comment but has yet to receive a response.

Throughout the years, ANTM winners have received modeling contracts, beauty deals, a fashion spread and other prizes. In 2018, during the 24th season of the series, 20-year-old Kyla Coleman won the competition and signed a contract with Next Model Management, earned a fashion spread in Paper magazine and won a cash prize of $100,000 from Pantene.

But according to other reality TV contestants, this level of minimal pay appears to be the norm in the industry.

Back in July, Big Brother’s Elena Davies, who competed on season 19 in 2017, revealed how much she made while on the show.

“We’re paid a stipend per week,” she said during an interview on The Bachelorette’s Jason Tartick’s Dear Media podcast Trading Secrets. “$1,000 per week, as long as you film. So if, like say you are the first person sent home and you only film six hours in the house, you get your thousand.” “I technically filmed the entire season,” she explained. “So I got paid the entire 13 weeks stipend or whatever.”

Elena said she won $5,000 on top of her weekly earnings. Survivor star Johnny Fairplay told TMZ in 2018 that the first person eliminated in the competition can allegedly make $12,500. He also said that jury members received $40,000. Despite how popular Love Island is in the UK, a source told The Sun in 2018 that “all the Islanders are getting £200-a-week to be on the show.” That equals about $265 USD. And if you’re hoping to appear in the Bachelor franchise, it’s been reported that contestants looking for love are not paid anything to be on the show. However, they will occasionally receive free clothes and goodie bags. The big paycheck are for the leads, who can receive $100,000.

This is not the first ANTM-related controversy for Tyra. Last May, Tyra addressed controversial resurfaced clips from the show. Many criticized Tyra’s comments on contestants’ appearance, while others felt some of the photo shoot themes were problematic, including a Cycle 13 challenge where contestants had their skin darkened for a “biracial-themed” shoot. “Been seeing the posts about the insensitivity of some past ANTM moments and I agree with you,” Tyra tweeted. “Looking back, those were some really off choices. Appreciate your honest feedback and am sending so much love and virtual hugs.”